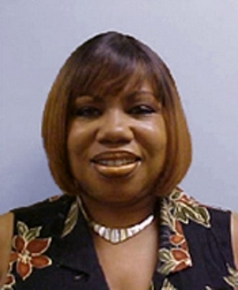 Longtime Metro Detroit WWJ (950 AM) radio reporter Karen Dinkins has been fired after wearing a pro-Barack Obama T-shirt while covering a rally for the presidential candidate.

Dinkins, contacted at her home today, said she is surprised about the reaction to her firing after Sunday’s rally at the Detroit Public Library. She said a number of news outlets contacted her after the station let her go on Monday. She said she had worked there for 13 years.

“I was really kind of surprised this is a news story,” she said, adding that she wouldn’t comment further. “I didn’t anticipate it.”

Jane Briggs-Bunting, director of the School of Journalism at Michigan State University, believes sending any type of political message — on air or off — is a no-no for journalists.

“Reporters, we’re on duty 24-7,” Briggs-Bunting said shortly before Obama took the stage this afternoon at MSU. She’s worked for Life and People magazines as well as the Free Press. “I can have an opinion, and my opinion will be heard in the privacy of a voting booth. You can’t publicize your political views on a T-shirt you wear, a button you wear, or a campaign sign in your front lawn. You represent your news organization 24-7.”

A call to WWJ-AM (950) management offices wasn’t immediately returned. But a woman who answered the phone in the newsroom said the station had received a number of calls from upset listeners.