OkCupid recently released statistics breaking down the racial makeup of matches on their site.  It's interesting that when asked the question of racial preference a very high percentage were more interested or just didn't mind dating outside their own race. 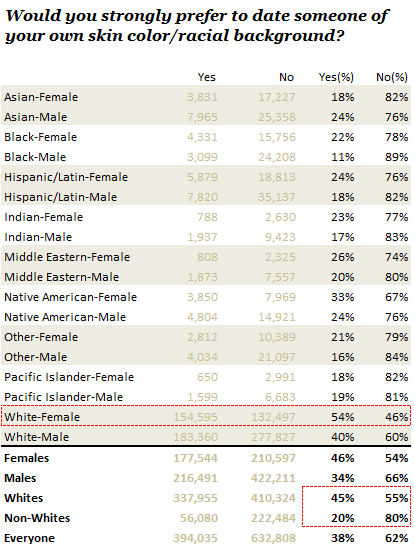 Now here's the kicker —  Black women are screwed either way.  According to the site, race greatly affects whether people write you back, and for black women it's the worse.

“Men don’t write black women back. Or rather, they write them back far less often than they should. Black women reply the most, yet get by far the fewest replies. Essentially every race including other blacks singles them out for the cold shoulder.”