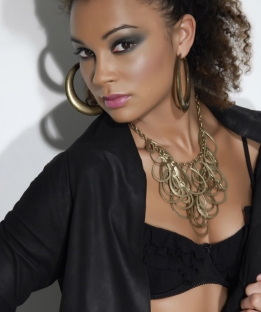 Police are investigating allegations of racist abuse against the newly-crowned Miss Black Britain.

Miss Lee said: “A gentleman called me to say there shouldn't be a black person representing York and he said he would 'get all of us'.”

The force said in a statement: “We can confirm that a malicious call involving racist statements was reported to us on Friday 17 April.

“We take the issue of hate crimes very seriously and will investigate.”

Miss Lee said Miss Lawal was “shocked and surprised” to learn of the abusive phone call.

“Since living in Pickering she has not encountered any racism.

“The Miss England competition has always been multicultural to reflect the country we live in.”

Miss Lawal, who was crowned Miss York at an event on 5 April, was entitled to enter the competition because she is a British passport holder.

She is studying to become a doctor at the University of York-based Hull York Medical School.

Her mother Sue is a nurse at Ayton Surgery in North Yorkshire and her father is a Nigerian-based orthopaedic surgeon.

Miss Lawal, who is the reigning Miss Black Britain, will now go through to the grand final of Miss England 2009 to be held on 20 July in London.

The runner-up in the Miss York contest was Laura Ehima, 23, who was also born in Nigeria and now works at an accountancy firm in Pickering.