Do the Ricky Bobby — STOP —-> Kanye Pleads Not Guilty 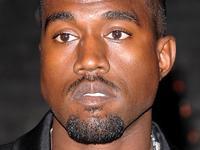 It's almost funny that Kanye West has pleaded not guilty to misdemeanor charges stemming from a scuffle with a paparazzo last year when he was clearly caught on tape being destructive (see video).

Los Angeles City Attorney's spokesman Nick Velasquez says West entered the plea through his attorney on Friday. The 31-year-old was not in court.

City prosecutors charged the rapper with misdemeanor battery, grand theft and vandalism. West was arrested on Sept. 11 after an incident in which he was shown breaking a paparazzo's camera flash at Los Angeles International Airport.

West's attorney, Blair Berk, declined to comment on the plea.

The next scheduled hearing in the case is July 15.

Do the Ricky Bobby — STOP– Dispose of the frame!