A 17-year-old Charles City County student says he was kicked out of school for being gay and wearing high heels. The principal isn't talking but the superintendent is investigating. 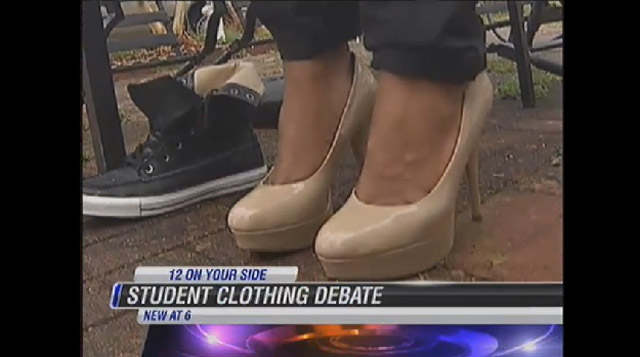 The student was ordered to take off the high heels because he was disrupting the school. Asante Cotman challenged his principal and got suspended. NBC12 talked with him, on day one, of his 3-day suspension.

“I wore this jacket right here and my white shirt and my scarf and a pair of cargo pants and the heels. I didn't see how it was bothering anyone. I wasn't revealing nothing,” Asante showed us.

Beige stilettos ignited animosity between the high school junior and his principal. Asante Cotman says he's the only openly gay male student at Charles City High. The spike heels were the crescendo, the boiling point for both.