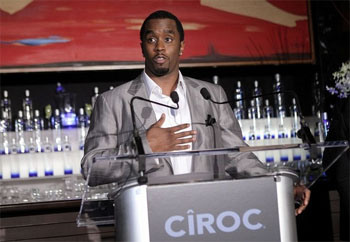 The campaign — featuring celebrities such as Combs, Eva Longoria, Tommy Lee, Wilmer Valderrama, Gabrielle Union and E! personalities — will be comprised of on-air spots, as well as online and wireless elements directing people to taxi services across the country.

“E!'s public-action campaigns are designed to provide viewers with the resources they need to make a positive social change,” said Suzanne Kolb, chief marketing officer of E! and Style and general manager of E! Online, in a statement. “E!'s ‘Drive Safe’ campaign goes farther than simply saying, 'Drunk driving is bad.' It provides a real solution for viewers to enjoy their social lives but still be safe.”

The message in the campaign is, “Every designated driver is a star,” and it will encourage users to make smart decisions after a night of partying.

“I believe that it is important to promote responsible drinking and generate public awareness on the necessity of designating a driver,” Combs said in a statement. “With the help of some great celebrity friends and E! Entertainment, we were able to create a campaign that will resonate with viewers and ultimately drive home the message that any designated driver is a star. If you plan to drink, plan a cab or safe ride home.”