Essence Magazine Partners with CNN for “What Matters” 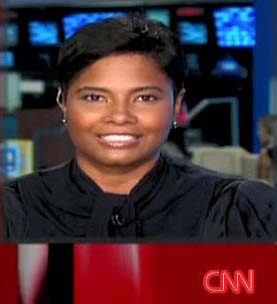 I guess it's official, we'll be seeing a lot more black news on CNN with their new collaboration with Essence Magazine.

CNN.com and Essence Communications, Inc., today announced a partnership to develop What Matters, a series of weekly news segments focused on issues of importance to the African-American community.

“ESSENCE is proud to partner with CNN, HLN and CNN.com to launch What Matters as a platform to inform, educate and define the cultural discussion,” said Angela Burt-Murray, Editor-in-Chief, ESSENCE. “Last year's collaboration on the ESSENCE/CNN co-production CNN & Essence: Reclaiming the Dream laid the groundwork for What Matters — a project that will combine our reach and expertise to further the development of quality programming for African-Americans.”
“Our partnership with ESSENCE has been a very productive one, and What Matters is an important next step in those collaborative efforts,” commented Jon Klein, president of CNN/U.S. “The power of our two brands promises to continue to enhance the dialogue about issues important to our collective audiences.”

What Matters is sponsored by McDonald's, who is also the presenting sponsor of CNN's Black in America 2, the sequel series to 2008's groundbreaking initiative.  Reported by CNN anchor and special correspondent Soledad O'Brien, Black in America 2 reveals the stories of community leaders and innovative pioneers who are creating solutions to challenges within African-American communities — closing achievement gaps in education, reducing health disparities, and launching business enterprises.  The two prime time documentaries for the series premiere on Wednesday, July 22, and Thursday, July 23.  The 2009 co-production with Essence Communications, CNN & Essence: Reclaiming the Dream 2, will be filmed on July 4 at the Essence Music Festival in New Orleans.