The Disney Channel is set to premiere the much anticipated movie Let It Shine starring Tyler James Williams, Coco Jones and Trevor Jackson this Friday, June 15. Based on the “Cyrano de Bergerac” story, Let It Shine is a modern hip-hop and gospel musical that casts Williams as a talented but meek songwriter/rapper and pastor's son who allows his friend (Trevor Jackson) to take the credit, even coaches him in romancing co-star (Coco Jones) who he has a major crush on. 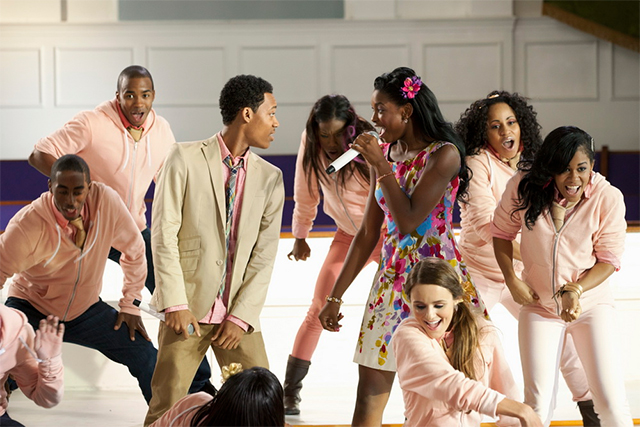 In this video, Williams, the former “Everybody Hates Chris” actor, along with Coco Jones speak on their roles in the film, and how it influences young girls and boys to just be themselves.

My first thoughts when watching Williams speak was that he sure has matured, even grown a few inches taller, since playing the part of a young boy that nobody liked. And since departing with the sitcom, he's moved on leaving all the drama behind. Distancing himself from the sitcom Williams says he purposely “went away for a little while, really studied for about two years.” He recently moved to Los Angeles, and has two upcoming projects he's excited about. This fall, he'll costar with Matthew Perry in the NBC sitcom “Go On,” set in a therapy support group, and plays the younger brother of Kerry Washington in the comedy “We the Peeples,” due out next May. “He's neurotic, he's stressed, he has way too much pressure on his shoulders, and he's a borderline kleptomaniac,” described Williams, who's also taking “sporadic” college courses for his own enrichment and finds psychology particularly helpful “in understanding the inside of a character.”