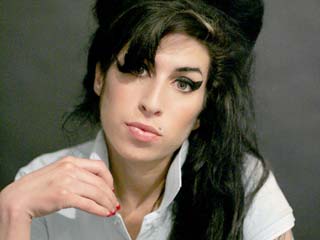 Frail Amy Winehouse has been struck down by the deadly lung condition emphysema – and she could be in a wheelchair within a MONTH if she doesn't stop smoking crack cocaine, her dad revealed last night.

Doctors have also told the star, 24 – rushed to hospital after having a fit this week – that she will need a permanent oxygen mask to survive unless she takes their advice.

In an emotional interview, her devastated father Mitch told the Sunday Mirror how watching his daughter deteriorate reminded him of his own 78-year-old mother struggling for breath on an aspirator before she died of lung cancer.

Worried dad Mitch said: “To think this could be my beautiful 24-year-old daughter's life is preposterous. But if drugs mean more to her than breathing properly, then so be it. But the doctors have told her if she goes back to smoking drugs it won't just ruin her voice, it will kill her. It's been a tough week.”

Mitch also told of his fears as Amy underwent tests after a mystery lump was found on her chest during scans at private London hospital The Clinic.

He said: “After lots of tests they found a lump in Amy's chest. A scan has shown it's not cancerous and there are no traces of cancer in her blood. But they might need to double check.

“There is a chance she might need a biopsy. If they need to cut the lump out then that will mean a massive and painful operation and a lot of recuperation.

At the moment that doesn't look likely.

“When they told me she had a lump, I was very, very worried. At times Amy seems nervous about it but she doesn't panic until something's 100 per cent.”

Ex-cabbie Mitch revealed how he recognised “warning signs” that Amy would have a seizure after noticing her eyes were squinting at a family lunch last Sunday. Then at 4pm on Monday, he rushed the troubled star to hospital in the back of his cab after she collapsed in a fit at her home in Camden, North London. She has suffered two seizures in the past year, including one last August when she was hospitalised after a huge drugs binge.