The First Lady Michelle Obama is holding her title for being a fashion icon. For this whole month of August, she’s been photo’d relaxed and wearing one of the top Fall 2009-2010 hair trends, the chignon ponytail. 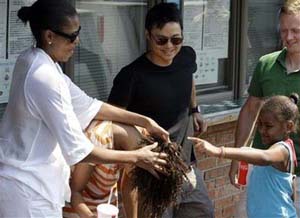 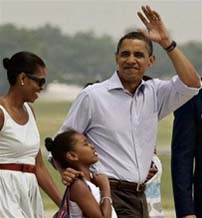 The Obama’s on a week-long vacation on the island of Martha’s Vineyard, Massachusetts which began August 23, 2009

The ponytail is such a common hairstyle, one that many people wear on any given occasion, it’s almost hard to say that it’s being worn because it’s a current trend. So, for those who do wear them on a regular basis, it’s safe to say that you can now wear them without feeling guilty for not styling your hair. 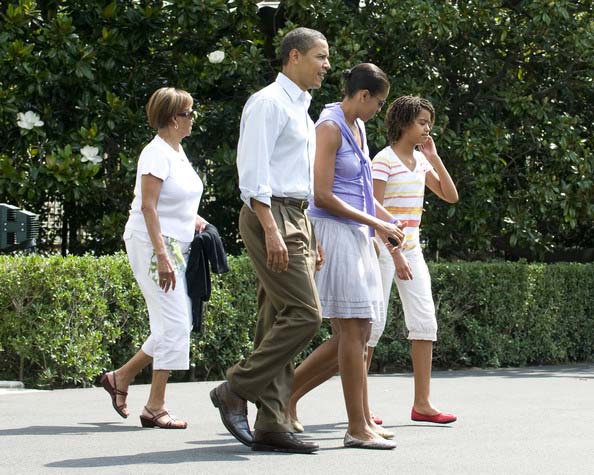 President Barack Obama and his family, including mother-in-law Marian Robinson, First Lady Michelle and daughter Malia, walk to Marine One as they depart the White House August 1, 2009 headed to Camp David for a weekend visit.

The world watches hard, both critically and in admiration, on what Michelle wears and how she styles her hair. I’m surprised that there’s not a great debate going on about whether or not her ponytail is appropriate. If you haven’t noticed, her daughter Sasha is wearing one also. 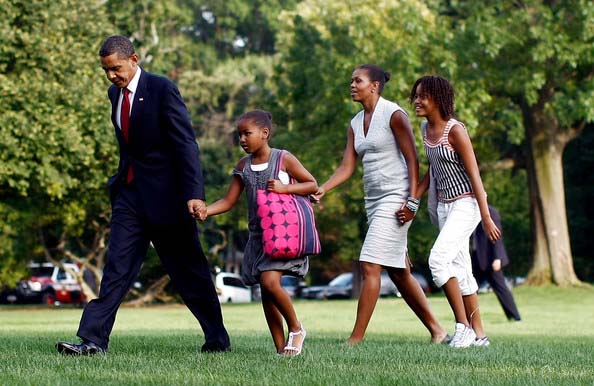 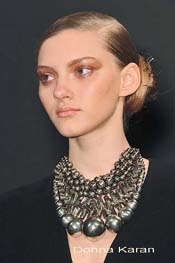 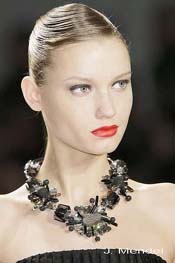 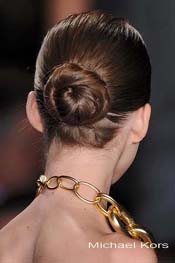 A chignon is a simple style for anyone with medium-to-long hair. It can be achieved in three easy steps:

1) Pull the hair back into a low base ponytail, 2) twist the hair of the ponytail, 3) wrap the twisted hair around the ponytail holder and secure with pins. For a younger look, let ends stick out.

The braided updo is another classic Fall 2009 ponytail trend – see which celebrities are wearing them, and how you can achieve one by starting here.