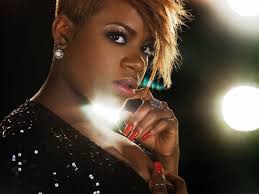 Season-three “American Idol” winner Fantasia Barrino has been hospitalized in North Carolina for a drug overdose after an apparent suicide attempt, WBTV reports.

The CBS affiliate cites a police report filed with the Charlotte-Mecklenburg precinct, in which officers were notified late Monday evening by Barrino's manager, Brian Dickens, that something was wrong with the former “Color Purple” star.

According to the police sources, the officers who arrived on the scene reportedly found Barrino in the closet of a home in the Glynmoor Lakes neighborhood. The fomer “Idol” champ was immediately taken to Mercy South Hospital at Carolinas Medical Center in Pineville, North Carolina.

The police report classified Burrino's condition as a “suicide/overdose” and described Barrino as having suffered “possible internal injuries” after she ingested too much medication. The incident is said to be part of an ongoing investigation. A rep for Barrino did not respond to requests for comment at press time.

UPDATED: A rep for Fantasia has just released a statement saying Fantasia ingested the medication after feeling overwhelmed by a lawsuit filed by the wife of her on-again, off-again boyfriend Antwaun Cook and all the media attention surrounding the relationship. (read more)

Video footage and more on this story when you continue…