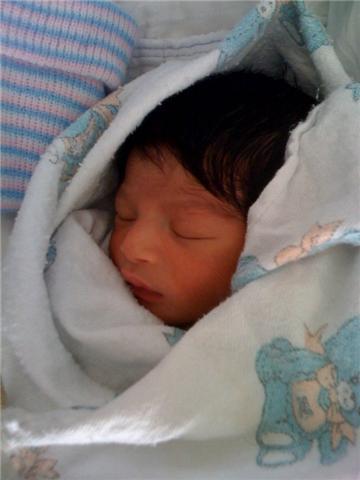 M.I.A. supposedly forwarded a photo of her beautiful baby boy to a friend “Afrikan Boy” who posted it on his myspace blog for fans to admire.  Indeed this baby is absolutely gorgeous.

However, my question is, does anyone think it's THAT important for her to perform at the Oscar's this coming Sunday after giving birth less than a week ago?  What is it with some of these celebrities, first Tameka Foster wants to rush away the baby fat, now this?  SMH

Despite giving birth less than a week ago, MIA is wanted by the Oscars. Following her barnstorming performance at the Grammys last week, organizers are desperate for her to perform at this Sunday's ceremony. So desperate, in fact, that she could perform lying down if she wants to.

According to reports today the rapper is keen to fulfill her commitment to perform her Oscar-nominated song from Slumdog Millionaire, O Saya, at the awards ceremony. She is said to be trying to find a way to overcome the physical issues of performing so soon after giving birth, including, it's alleged, an appearance by hologram or, failing that, one delivered from a bed live on stage.

MIA, real name Maya Arulpragasam, went into labour just hours after performing at the Grammys with Jay-Z, Kanye West, Lil Wayne and T.I, where she marked the 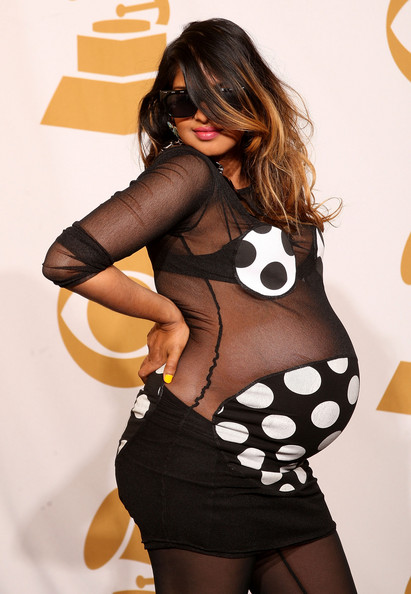 occasion by wearing an eye-popping transparent dress over her blooming belly. She blogged earlier this week that her baby boy was “the most amazing thing on the planet”, and confirmed he was born on Wednesday 11 February after she went into the early stages of labour on the night of her performance (8 February).

Now Oscars producer Laurence Mark is said to have offered her a “large bed” to perform from at the 81st annual Academy Awards later this week, hoping that if being nine months pregnant won't stop her performing then neither will being a new mother.

“She's eager to perform … we've said things like 'we're willing to have her enter on a large bed,'” Mark is reported to have told the WENN network. “We'll make it as easy for her as we can.”

MIA is nominated for an award in the best original song category for her collaboration with AR Rahman on O Saya, which features on the soundtrack to the Danny Boyle film Slumdog Millionaire. According to a BBC interview with Rahman, the Indian composer said that the issue of an MIA performance at the Oscars is the “million-dollar question”.

“She wants to. In fact, she said she'll do it with a hologram. She has all these ideas,” said Rahman. He added: “I don't know how it's going to be possible, though. Having a baby is such an important thing in your life – more important than winning an Oscar.”