The internet is going wild over former baller Sammy Sosa allegedly erasing his black for a much lighter shade. 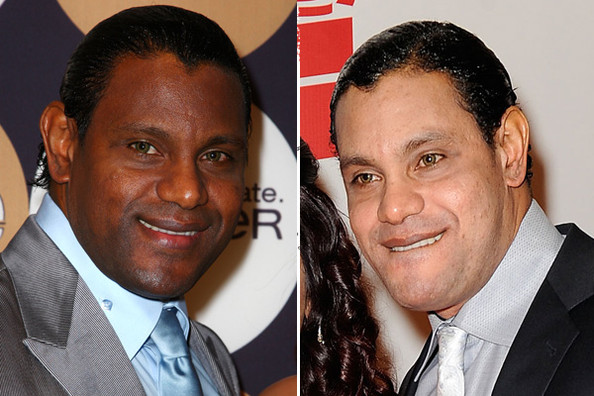 One clever individual decided to offer Sosa’s blackness for sale on ebay with a tagline that reads:
“Become An Honorary Black Person.”

Sammy Sosa, currently undergoing a “skin rejuvenation process,” has apparently decided he no longer wants to be black. As a result his blackness is now available for one lucky person through Ebay. The winner will receive a Certificate of Honorary Blackness featuring Al Sharpton and “Gibson’s Secret Guide to Being Black,” written by author Dewan W. Gibson. Please read below for details:

Did you feel a bit left out at President Obama’s inauguration? Would you like to be called “brotha” or “sista” by someone unrelated to you? Have you recently wondered what the big deal is about those damn Tyler Perry movies? Well suffer in silence no longer. Now is your chance to become an honorary Black person!!! The winner of this auction will receive a signed certificate in a strong mahogany frame proclaiming him or her an honorary Black person. The winner will also receive “Gibson’s Secret Guide to Being Black,” an easy to follow 10 step guide to being “down” in no time (see excerpt below).

Gibson’s Secret Guide to Being Black.
•Remember that THE MAN is a very dangerous person. In fact, if you look over your shoulder right now he’s probably planting a bloody glove and framing you for murder.

• Be careful when supporting Affirmative Action, quotas or anything of the like. These diversity programs are also in effect in most jails and prisons.

• Criticism of President Obama is akin to someone calling your mother out her name. Please react accordingly.

• Do not celebrate Kwanzaa. This holiday is an inside joke designed to give white people the false hope that we are returning to our roots and possibly going back to Africa.

• Even though it is grammatically incorrect the term “Black” should be capitalized at all times. However, leave the term “white” lowercase just to get a little piece of revenge against THE MAN.

The certificate is signed by Dewan W. Gibson, author of The Imperfect Enjoyment and a real live successful Black man who has even dated white women!