After being heavily criticized for painting light and white skin to resemble blackface, French Vogue has finally given in by giving their latest cover shot to a black model. Well, sort of.

Rose Cordero, 18, a Dominican newcomer to the modeling industry is privileged (I guess you can say) to be the first black model to land solo on the cover of French Vogue since 2002. 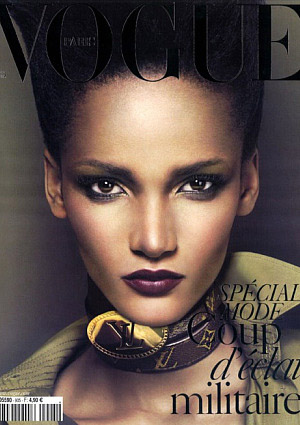 The cover is gorgeous, but to get excited about it is a little premature. Until it becomes the norm for black women to appear more often on the cover of mainstream magazines, we can just assume this is just another attempt for French Vogue to draw in some extra attention.

02/25/2010: Updated to say, Vogue Italia has launched a series of brand new website features, including a section entitled “Vogue Black,” reserved for African American beauty and fashion. It should be interesting to see how Vogue's new venture into an all black territory pans out.