From A Man's Perspective: The Power of a Woman (Nice Read)

THE POWER OF A WOMAN by: Fani-Kayode

Women are a precious gift from God but there are some things that all men need to know. Women are by far the deeper and more powerful of the two sexes. No matter how strong a man thinks he is, he is like butter in the hands of a woman that he loves.

It is only a woman that can carry a child for nine months and raise that child to adulthood and yet until the day that that woman dies only she will know the real father of that child. Women are more discerning than men, more calculating, more thoughtful, more spiritual, more loyal, and more disciplined and they can handle emotional pain and psychological torture far better than men.

A woman can suffer trauma, deprivation, shame, sheer cruelty and beatings from a man and still stay with him simply for the sake of the children. A woman can do anything and take anything for, or from, a man that she truly loves. A woman can be the most vicious and dangerous of all God's creatures when she is hurt and scorned and when her love is not returned.

A woman in a position of power can be a dangerous thing because more often than not she is motivated by emotion and not reason or logic. If wars were to be fought by women they would never end. The greatest weapon that the devil has in his armoury are the daughters of Jezebel and Delilah, those beautiful yet evil seducers whose mission in life is to destroy men that are called to greatness by God.

The greatest weapon that God has in his arsenal are the daughters of Zion, those beautiful, wise, prayerful, discerning, prudent, patient, kind, loyal women who are faithful unto death and who are the enforcers and guardians of God's purpose in the lives of men.

A woman can kill a man that she has lived with all her life, simply because he never returned her love and a woman can kill for or die for a man who loves her and stands by her through thick and thin. If you are rich, pretend that you are poor to a woman and you will know her true nature.

If you are poor, pretend that you are rich to a woman and you will know what she is really after. A woman that abandons a man when he is going through difficulties is not worth taking back when those challenges have been overcome. Beware of a woman's love, for at the slightest hurt, it can turn to hate. Women gossip and talk, yet a woman keep deeper secrets than any man.

When a woman says “no” she actually means “maybe” and when she says “maybe” she actually means “yes”. A woman that betrays or seeks to destroy, ridicule or shame her husband or lover destroys and diminishes her own spirit and wounds her own soul; not only is she not worthy of being loved by any, but she is not the material for a man of destiny, she is not of the stuff that true women are made. 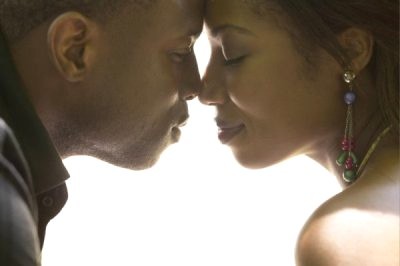 A great king with a great army can overrun nations and yet can be mastered and overwhelmed by the mere touch and whisperings of a loving woman. The love of Helen of Troy caused the launch of a thousand ships and the love of any woman can cause a man to slaughter.

Women are gift from God to men, but like all gifts they must be pampered, loved and given all your attention otherwise they begin to look elsewhere for such nourishment and care. Out of every specie of animal ever created by God, it is always the female gender of that animal that is the most vicious and dangerous and yet it is also the female of that specie that protects and raises the offspring in loving care.

You cannot police a woman or really know her movements for she can be the greatest deceiver: if she really wants to play, she will go ahead and play and no matter the efforts that her man makes, it is only by divine intervention that he will ever know. A woman is moved by touch whilst a man is moved by sight.

A woman will die for her children and guard her home with all she has. A woman craves for security and commitment above all else and without these two she cannot truly be happy. A woman gives, a woman takes, a woman laughs, a woman cries, yet through all this only she alone knows what is really in her heart. A woman can heave and moan in the throes of orgasmic passion, yet deep down she feels nothing at all but pity and contempt for the lover that she is deceiving.

A woman can lie still and say she feels nothing yet her heart trembles and races and her senses come alive and quiver deeply just at the sound and by the touch of the man that she truly desires. That is a woman for you: they can be a snare or a blessing. They can bring joy or pain. They can wound or they can heal. They are a beautiful contradiction of love and hate and we men simply cannot live without them.

A woman can only appreciate a man after she has been with another. A woman will make you feel that you are in charge yet with sweet words and with guile and cunning she silently controls everything and everyone around you. Women are the shield, the defender and the foundation of the home. Even as the man is the head, the woman is the neck without which it would fall.

The greatest mistake that any man could ever make is to underestimate or treat with levity the power of a woman. For it is only a dullard or a fool that could honestly believe that he can confine a woman to having babies and to simply cooking in the kitchen? A woman is irrepressible, unbeatable, unfathomable, irresistible and unknowable and my advice to every man is to cherish her, to love her and to grant her, her hearts deepest desires.

That is the secret to a woman's heart and what more is there to say, other than for us to admit that the woman is the true hero of our lives and to simply agree that we must appease and worship them and do all we can to keep those pretty smiles on their beautiful yet dangerous faces.