From The Grave: Marilyn Monroe to Launch Her Own Fashion Line 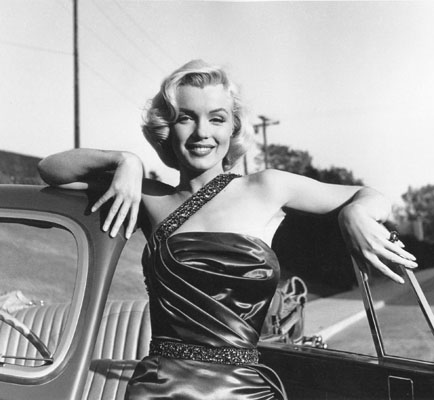 Marilyn Monroe may have died way back in 1962, but who said she can't have a celebrity line of her own?

Montclair, N.J.-based Bradford Licensing Associates, a licensing firm for Shaw Archives — the family of photographers owning a collection of more than 400 photos of Monroe — has paired with Blues Clothing, a U.K.-based apparel manufacturer, to produce a complete clothing collection under the actress' name. The line, to be aimed at young adults, will be introduced to France for selling beginning in the first quarter of 2009.

Currently, Marilyn Monroe T-shirts, handbags, innerwear, jewelry and accessories are sold online at Amazon.com and at mass retailers, such as Target, in the U.S.

The three-year deal gives Blues Clothing the rights to create a full line of apparel consisting of T-shirts, tops, dresses, pants and underwear to be distributed to the mass market. Michelle Minieri, president of Bradford Licensing, said she wasn't sure what the line will look like just yet, but noted, “We have had the most success with apparel licenses specifically focusing on the retro look, so we think that Blues Clothing will follow in the same direction. We expect the line to be trendy, fashionable and girly just like Marilyn was in person.”

Blues Clothing, which has been in business for 30 years, currently produces apparel for about 50 licensed brands. Minieri said she expects this new brand to target stores such as Etam, Pimkie, Carrefour and Auchan, where Blues already sells product.