Big butts, big boobs, flat tummy’s and fresh facial features are what most people believe is what it takes to make it in the world of hip hop and Hollywood. It’s just unfortunate that some people have to die trying to meet those requirements.

Claudia wanted badly to transform her image with cosmetic “butt enhancement” surgery so she could appear in music videos. She was under the impression having a butt like Beyonce, Jennifer Lopez, Kim Kardashian, and the like, would make her famous.

According to friends, Claudia went as far as wearing butt pads to make a favorable impression during auditions. However, her confidence took a dip when she was dropped from a shoot for doing so.

“She was a dancer and choreographer. She loved to dance and had a drive to be famous,” said a close friend. “The problem was she didn’t have no butt, and she wanted a butt. She went to audition for one video shoot wearing fake booty pants and she got all the attention. But when they found out it was fake she didn’t get asked back.

“It’s such a shame. She’s a victim of all these girls trying to be perfect. She thought if she had a big booty she would have been in better videos and been more famous.”

Soon after her big let down, Claudia is said to have traveled outside of her hometown in the UK, to Philadelphia, to have a butt enhancement operation. She returned home and things were going well, until she jetted off again with three friends to have top-up injections, which she was given last Monday. 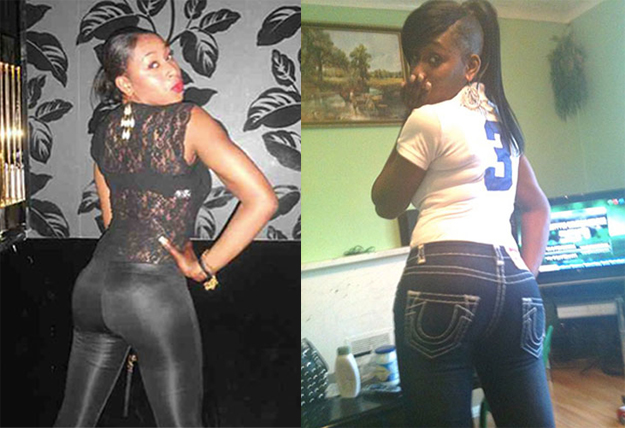 According to reports, nearly 12 hours after receiving the alleged illegal injections in her rear she began complaining of chest pains and was rushed to a nearby hospital, where she died 90-minutes later.

Now, tell me, is the idea of being famous by having enhanced body features worth going into cardiac arrest and dropping dead? This seems to be a common side effect when procedures are not carried out properly.