Actress Gabourey Sidibe was spotted leaving NBC studios in New York on August 14 after filming for Late Night with Jimmy Fallon. If no-one knew any better they would think she was just coming from getting her nails and her toes freshly painted by the way she’s holding her hands and wearing the comfortable flip flops that show off her toes. 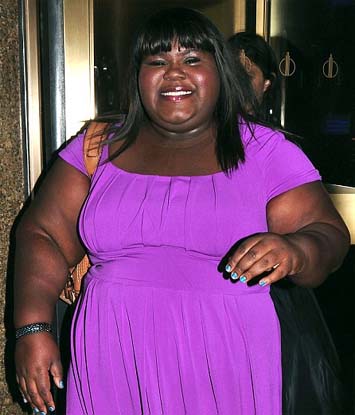 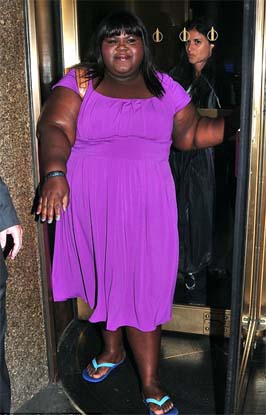 The color purple looks good on Gabby, and she appears to be shedding off the pounds the healthy way (slowly but surely).

The 27-year-old “overnight celebrity” was filming for the show to promote her television debut on The Big C, a comedy drama starring Laura Linney. (see a clip below).