Vivica A. Fox, actress, producer and fashion luminary, is bringing her celebrity style to VH1 for a new competition series ripped from the pages of the fashion magazines. The new series, “Glam God With Vivica A. Fox” slated to premiere August 2008, searches for the next great celebrity stylist who has what it takes to become the stylist to the stars through their ability to create a chic masterpiece using the three key elements of fashion — hair, make-up and wardrobe. 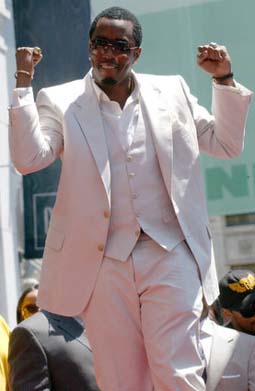 Each week the “stylista” contestants will be asked to compete in various challenges that will test their knowledge of fashion and style trends as they create the perfect look from head to toe. Those that fall short of creating that perfect look will have their style license revoked and will be sent packing. The one stylist that manages to rise above the rest will be given the ultimate reward — the chance to launch a career by styling an A-list celebrity and being awarded $100,000.

I Want To Work For Diddy
— Premieres August 4

“I Want To Work For Diddy” will track 13 finalists as they compete to land the job of a lifetime: assistant to hip hop music mogul Sean “Diddy” Combs. Finalists will go through the ultimate job interview as each of the applicants will be challenged emotionally, physically and mentally to earn the coveted position. Whether they call him Diddy, Puffy or Mr. Combs, one lucky person will call this legend of hip-hop … “My Boss.” Series premieres in August 2008 on VH1. 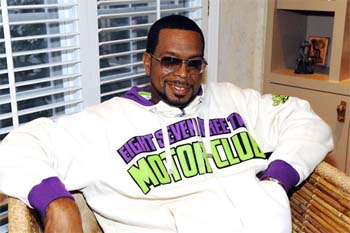 Over the years, Luther “Luke” Campbell has had many monikers including raunchiest man in Hip Hop, musical mastermind and even activist for constitutional rights. But he is best known as the hype man for 2 Live Crew, the bawdiest hip hop group of the late 1980's/early 90's, and pioneer of the modern music video featuring scantily clad girls. 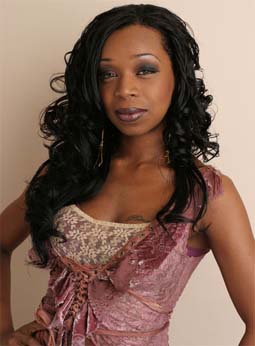 What people don't know about Luke is that he is now a loving father, successful CEO and most surprising of all, faithful fiancee. “Luke's Parental Advisory” follows the day-to-day adventures of Luke Campbell as he navigates fatherhood with two teenage children, while running his adult business Luke Entertainment Group and planning a wedding with his straight-laced lawyer fiancee Kristin. Although his life may look like he has surrendered to typical suburbia, Luke hasn't changed completely. Whether it's wedding cake shopping, giving a “birds and the bees” lecture to his son or casting dancers for his adult website, Luke Campbell is still as nasty as he wants to be.

Having at long last conquered her quest for love, New York is ready to tackle her other life dream: superstardom. Don't get it wrong — New York is already a star but she wants to be on the A-list — as a legit actress.

To focus on her new mission, New York has to put her last conquest, Tailor Made, on the backburner as she tries to take on Tinsel Town. She's moving out west to see if she can climb the Hollywood ladder. Question is, will she reach the stars or fall flat on her face?

“New York Goes To Hollywood” is created and executive produced by Mark Cronin and Cris Abrego for Mindless Entertainment and 51 Pictures. Jeff Olde, Jill Holmes, and Kristen Kelly oversee the series for VH1.