Let me first start off by saying, Guinness World Records pretty much lost me when they rested the category for Female With The Longest Dreadlocks without knowing, or even attempting to investigate facts to learn the truth. And now that they have created a brand new category for the World’s Largest Afro, and have already selected a 2012 candidate, it only justifies they really don’t have a clue.

Aevin Dugas, a 36-year-old social worker from New Orleans was recently given a title for allegedly having the largest natural Afro in the world. Her hair measures in at 4 feet and 4 inches, and it appears she maintains it quite well. However, if you do a really quick search, you will find there are so many others who’s Afro is much bigger than hers.

Erykah Badu is just one person who comes to mind when thinking of big afro hairstyles that have been seen in the past. But, even more recently, Natural hairstylist, Isis Brantley, the woman who was wrongly humiliated when going through airport security, and subjected to a hair search for bombs, is one other example of someone who has a bigger ‘fro than that of Aevin Dugus. 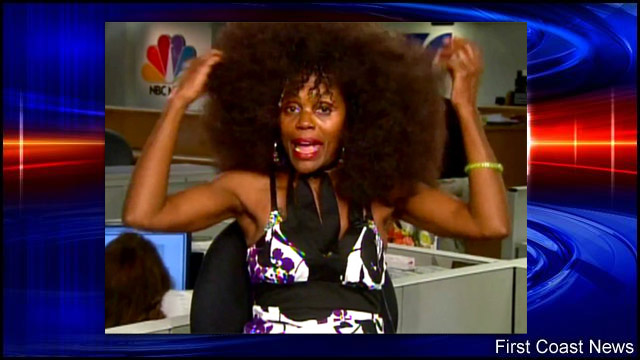 With that being said, how can anybody take the GWR seriously? Seriously?? It seems just about everybody these days are fascinated by African American hair and lifestyle, so much that they would just about do or say anything to garner some attention for themselves; that definitely seems to be the case in this very situation.