The Controversy Behind HAIR WARS and What It Represents

Just like fashion runway shows, hair shows spotlight stylists creativity by showcasing hairstyles that you might not always see appropriate for everyday wear. When you attend a hair show, you get a lot of insight on what the current trends are in the industry. In most cases, styles presented are for entertainment purposes, and are displayed in the most creative forms of art. 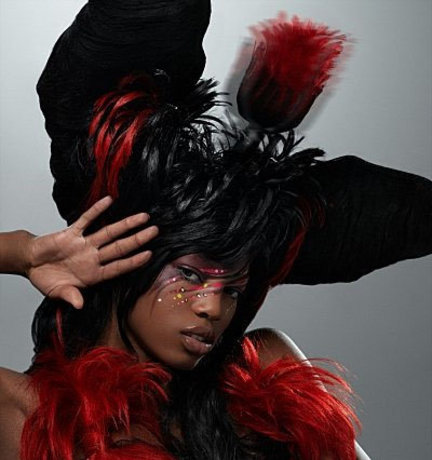 Hair Wars is one of the world’s most creative shows. The shows started over 20 years ago in Detroit nightclubs, where David “Hump the Grinder” Humphries, a promoter and DJ, would stage hair shows as entertainment in the middle of parties. He knew nothing about hair or hair styling, but he knew he was onto something when he saw how well-received the hair shows were.

Over the decades, Hair Wars has turned into a national touring show: hairwarsustour.com

Hump The Grinder says that “In a world where most people stick to the same trendy cuts andfades, stylists love the chance to break away. They use Hair Wars as a forum to really go crazy, and Hair Wars is a place for them to showcase it. That’s the platform that we have for them to be the artists that they are.

“A lot of people don’t really know what they’re getting into when they come to Hair Wars,” says Humphries. “They don’t know its entertainment; they think it’s a trade show. But these are hair entertainers, and they actually put on stage productions and they put a lot into these five or 10 minutes of stage time. You don’t have to be into hair to get into it. People just come and see what these folks will do.”

We see a lot of hairstyles created specifically for hairshows trashed by people not familiar with the styles origin. When worn outside the show as an everyday style, the fact that not all but many of the Hair Wars hairstyles are just too extreme for everyday 9-5 wear, is ignored. We are also faced with the clothing that is paired with these extreme looks, which make it difficult to take seriously. As a result, most of these styles are considered as “A Hot Ghetto Mess.”

Humphries said the most outrageous ‘do he’s ever seen go down the runway was by Little Willie (the creator of the zipper ‘do), who had his model unzip her huge hair design to reveal a live, four foot python. “It freaked everyone out a bit,” Humphries recalled.

And then there’s the hairicopter, a motorized ‘copter made out of, you guessed it, hair. But like a designer at a Paris couture show, the stylists might highlight the crazy, totally unwearable looks, but they also know how to do classic hair. BELIEVE THAT

Let’s Keep It Real: Only the baddest in the industry can create these styles.

The crazy stuff is what attracts the media, Humphries said. Three Hair Wars stylists appeared on an episode of America’s Next Top Model two seasons ago. The clearly mystified model wannabes hadn’t the slightest clue how to work the colorful, motorized hair creations, but the cameo appearance on the popular show proved that Hair Wars had literally hit prime time.