Halden: A Luxury Norwegian Prison That's Made To Rehabilitate Inmates

Think of prison, and the first thing probably comes to mind is small, jacked-up, overcrowded cells, and bad food. But, in certain parts of the world inmates (both violent and non-violent) are living a prison life some would consider luxury. In fact, with free food, live entertainment, state-of-the-art accommodations, and various recreational activities, some inmates in other parts of the world are living better than the average working citizen in the U.S. The idea behind it all is rehabilitation. 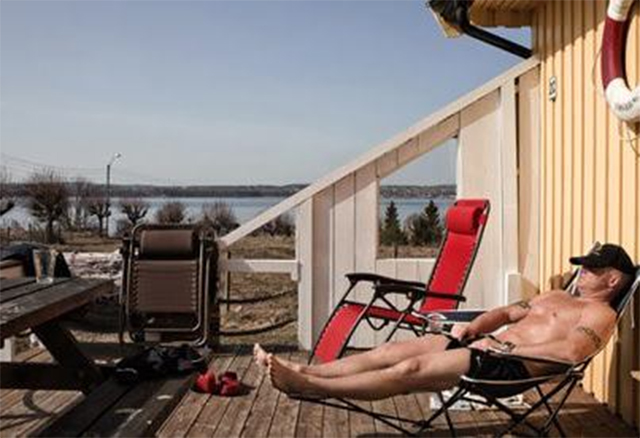 Halden prison, located in Halden, Norway, and known to be the world's most humane prison, is one of those prisons that have these types of accommodations. Some may frown at the idea that the prison comes with so many luxuries, and some may applaud it. But, for sure, the inmates are not complaining.

Halden prison was designed by Erik Møller Architects. It took roughly 1.5 billion kroner ($252 million), and ten years to build. The prison has a capacity of 252 prisoners. It received its first inmates March 1, 2010, and was officially opened  April 8, 2010 by the Norwegian King Harald V.

A cell includes amenities such as a flat screen television, a refrigerator, unbarred vertical windows that let in more light, and designer furniture. Prisoners share kitchens and living rooms every 10–12 cells, jogging trails, and a sound studio. There are cooking and music classes offered, full indoor basketball courts and a climbing wall to release tensions. Some say they even have a spa. 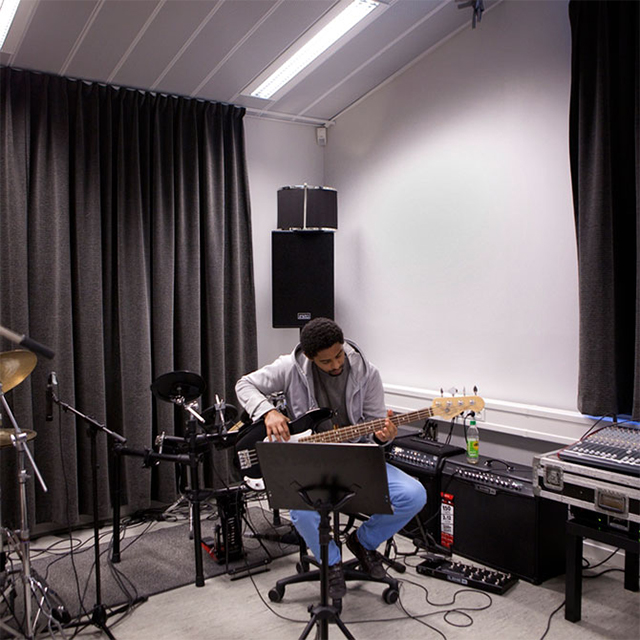 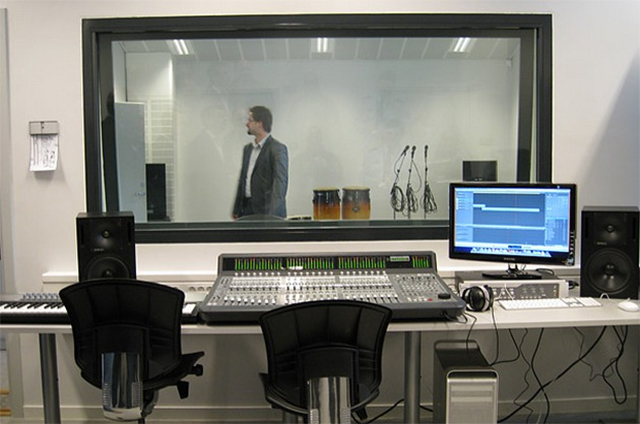 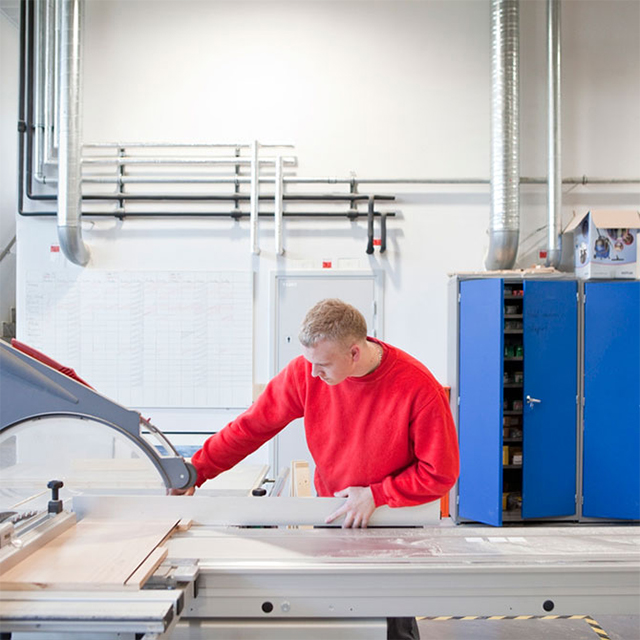 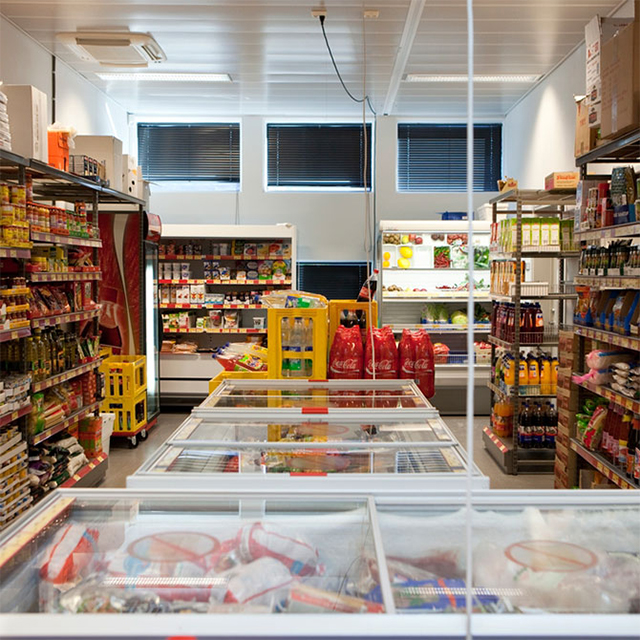 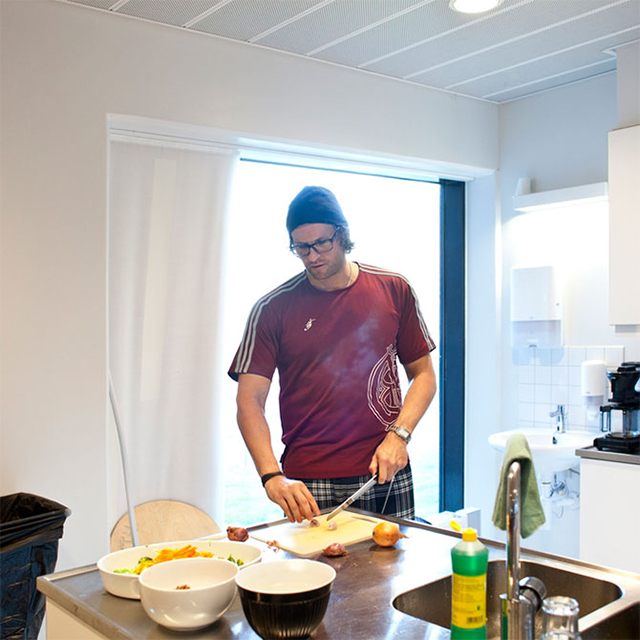 Most of the guards are women and guards are typically unarmed because they are trained to believe guns “[create] unnecessary intimidation and social distance.” And, for the icing on the cake, prisoners receive questionnaires that ask how their prison experience can be improved. 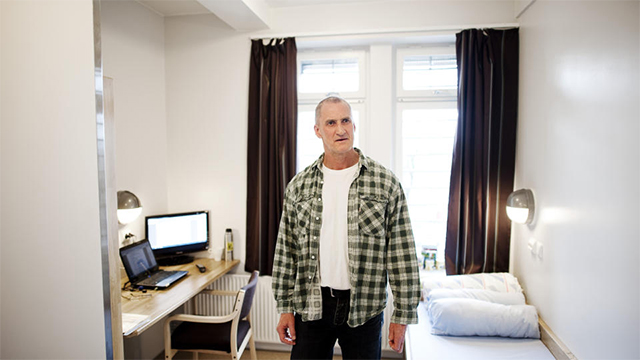 Norway’s prison guards undergo two years of training at an officers’ academy and enjoy an elevated status compared with their peers in the U.S. and Britain. Their official job description says they must motivate the inmate “so that his sentence is as meaningful, enlightening and rehabilitating as possible,” so they frequently eat meals and play sports with prisoners. At Halden, half of all guards are female, which its governor believes reduces tension and encourages good behavior. 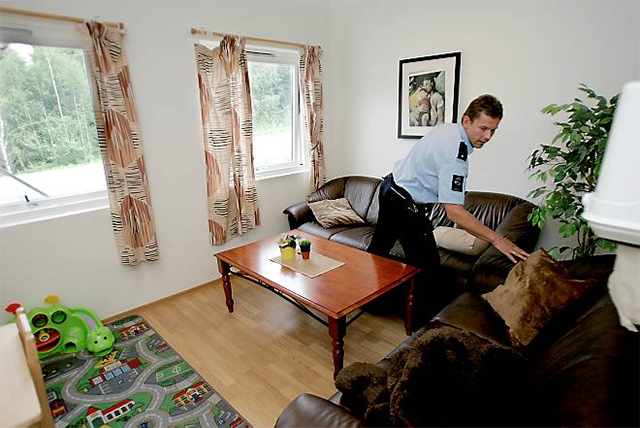 The maximum sentence in Norway, even for murder, is 21 years. Since most inmates will eventually return to society, prisons mimic the outside world as much as possible to prepare them for freedom. At Halden, rooms include en-suite bathrooms with ceramic tiles, mini-fridges and flat-screen TVs. Officials say sleeker televisions afford inmates less space to hide drugs and other contraband. 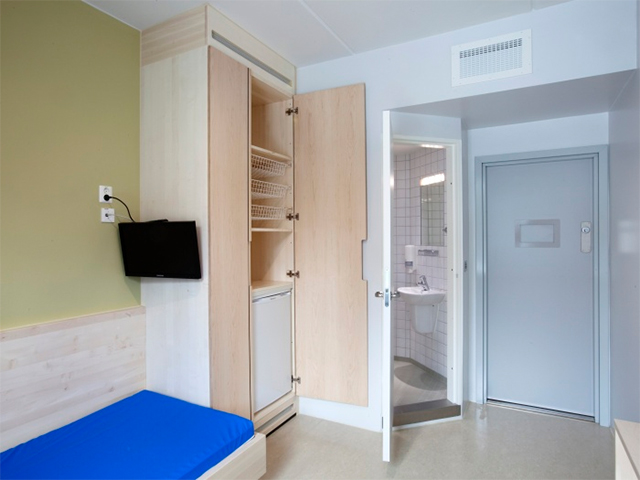 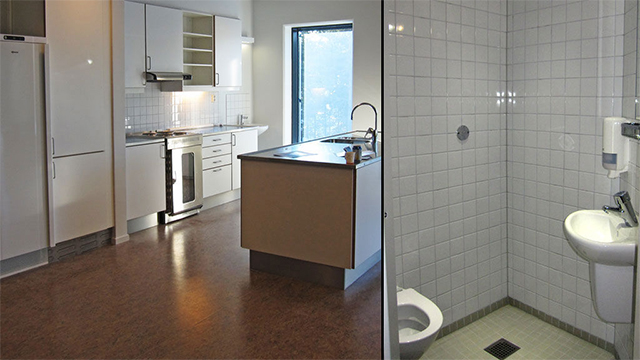 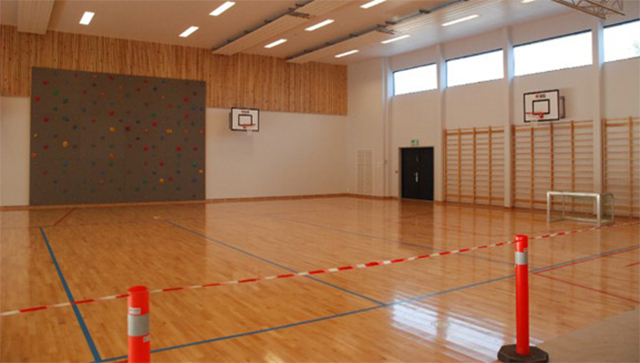 Halden’s architects preserved trees across the 75-acre site to obscure the 20-ft.-high security wall that surrounds the perimeter, in order to minimize the institutional feel and, in the words of one architect, to “let the inmates see all of the seasons.” Benches and stone chessboards dot this jogging trail. 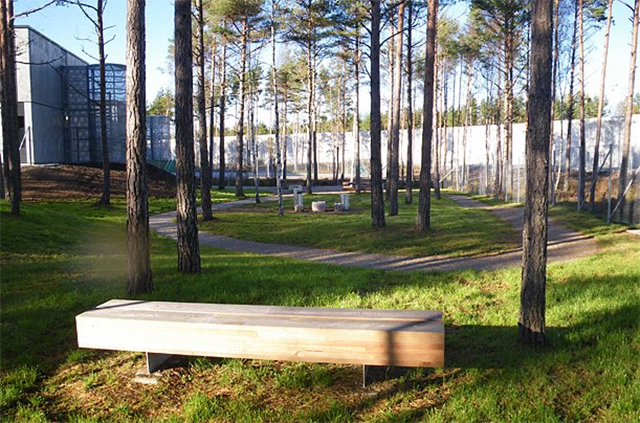 The prison’s exterior features earthy brown hues that help it blend in with the surrounding woodlands. Inside, however, the walls explode with color. Halden hired an interior decorator who used 18 different colors to create a sense of variety and stimulate various moods. A calming shade of green creates a soothing atmosphere in the cells, while a vivid orange brings energy to the library and other working areas. A two-bedroom guesthouse, where inmates can host their families overnight, includes a conjugal room painted a fiery red. 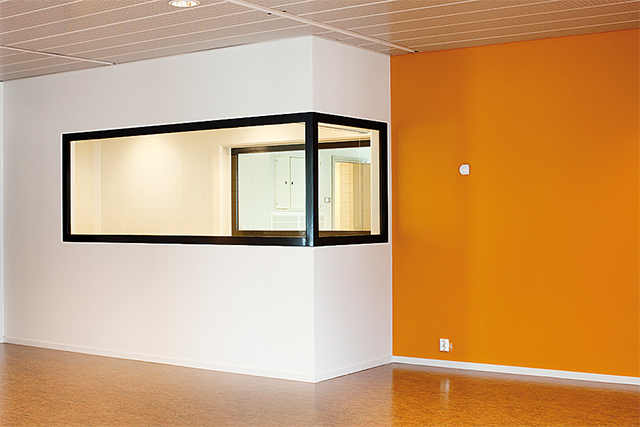 Lastly, Norwegian inmates may lose their right to freedom; but, not to state services like health care. Dentists, doctors, nurses and even librarians work in the local municipality, preventing a subpar prison standard from developing. On-site, Halden boasts a small hospital and this state-of-the-art dentist’s office. 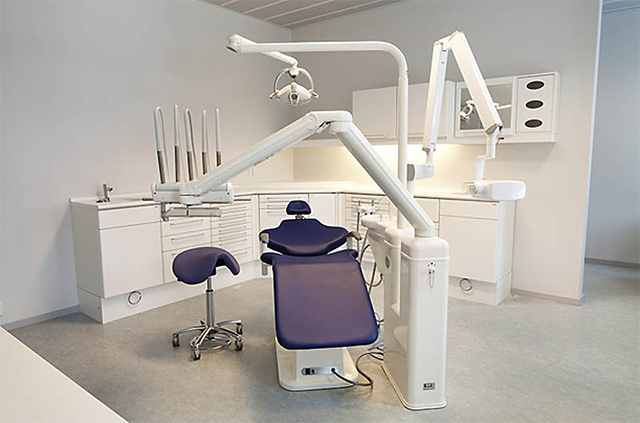 What are your thoughts? If more prisons were built like this, and followed the same type of protocol, do you think more inmates would return to society better people?
[mashshare]
Comments
Facebook 3.6KFans
Twitter 0Followers
Youtube 1.5KSubscriber
Menu Title