Soul R&B singer, Alexandra Burke was feeling real spookish this Halloween. She dressed up as Freddy Krueger, and proved she could do it better in “Broken Heels.” 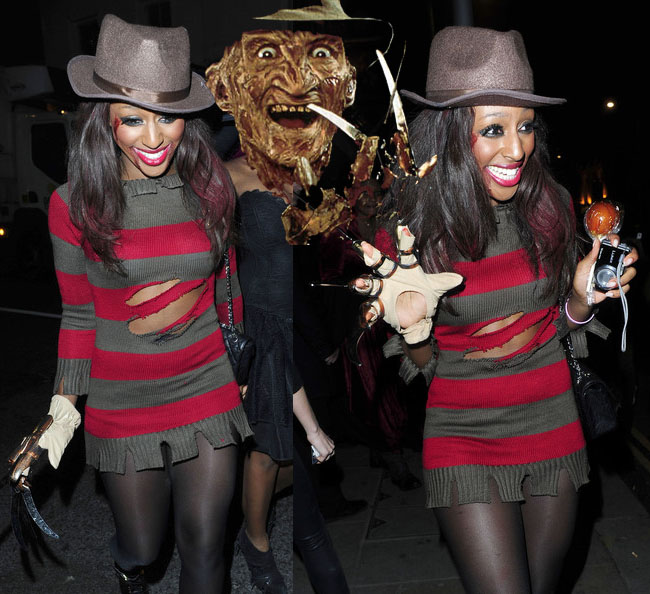 Burke, who recently signed a modeling contract with IMG Models, must have been inspired to reveal herself as the real Freddy Krueger after catching wind of the following video and getting a real kick out of it.

On a more serious tip, Burke wants to bring awareness to breast cancer after recently finding a lump the size of a 50p piece while taking a shower.

“I got completely freaked out,” Alexandra, 22, told the Daily Mirror UK. “I was in the shower checking myself, and that’s when I realized you need to go to a doctor, and start going twice a year.”

Fortunately, tests found that the lump was just a benign cyst. But since her scare, Alexandra has gone on a trek with Fearne Cotton and Denise Van Outen in Peru to raise money for Breast Cancer Care. Their journey was filmed for the ITV2 documentary “Denise & Fearne’s Charity Trek” and will air on Monday Nov. 1 at 9pm.