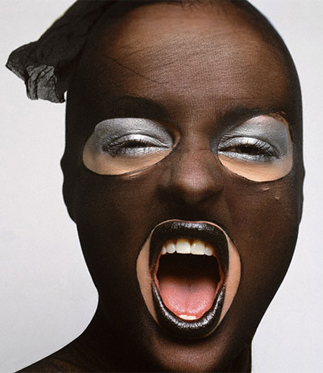 Times are so bad now, it's official that people are doing whatever they have to do to survive.  Including all the strange and unusual.

For instance, here's some lip gloss that's really hot… Police want to know who made off with 74 tubes of “Beauty Rush” (worth about $1,200) from a suburban New York Victoria's Secret store. Clarkstown police believe the cosmetics went missing from a bin sometime Saturday. The store, in the Nanuet Mall, reported the theft on Sunday.

They said tens of thousands of dollars worth of lingerie has previously been lifted at that outlet as well, the Palisades Center in West Nyack, and in Westchester County, NY.

Sgt. Harry Baumann said some of the items may eventually be sold on the Internet. source

Another case where, “Maybe she needed the money for a new hairdo?” Police in suburban Westchester County are looking for a woman who wore an orange wig while robbing a bank. The woman got about $3,000 on Thursday during the White Plains, N.Y., heist. No weapon was displayed.

Police said they're also investigating whether the robber made her getaway on a public bus.

That's a good one.  Robbing a bank on public transportation.  source

Now get this, Police in northern Germany are searching for a man who tried to walk out of a supermarket with 68 tubes of toothpaste stuffed into his clothing.

“We don't know if he had bad teeth,” a police spokeswoman in Rostock said Friday.

Noticing his bulging jacket, a store worker grabbed the man when he refused to stop and the tubes of toothpaste spilt all over the floor, police said.

The thief struck the woman in the face and ran out. source

Police said the man then walked past a group of four or five men in a “back alley” when he was attacked from behind. The victim said he was knocked down and his watch was taken.

Police said the victim was not visibly injured, but he had a dirty appearance consistent with having been on damp ground. source

Oh, and let's not forget about the hair weave bandits. They're breaking down walls and taking whole racks of human yaki and looking a real fool on video camera doing it. SMH