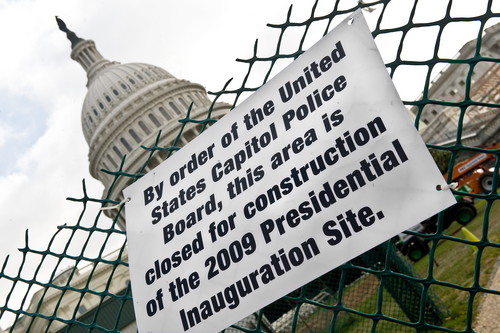 The San Francisco Bay Area will be able to share in the celebration of Barack Obama's historic presidential inauguration, while supporting several local charities with the star studded Inauguration West party (www.inaugurationwest.com) January 20 from 6-10 p.m. at the Metreon, it was announced today.

With big screen simulcasts from Washington D.C., live music from the energetic and highly entertaining Morris Day and the Time, and several celebrities and local leaders scheduled to attend, including California State Assemblywoman Fiona Ma, 49er football legends Ronnie Lott, Dwight Clark and Roger Craig, and Golden State Warriors Stephen Jackson, Jamal Crawford and Ronnie Turiaf, among many others, Inauguration West offers the Bay Area a chance to participate in the presidential celebration.

“California and the Bay Area played significant roles in making the Presidency of Barack Obama a reality and we felt it was only natural that we join in the celebration of this historic event,” Michael DeFlorimonte said. “We know that not everyone can make it to Washington D.C. for the inauguration, so we are focused on providing people here with the next best thing.”

The entertainment and atmosphere at Inauguration West will be as noteworthy as the occasion. Aside from Morris Day and the Time, renowned DJs The Rick and Russ Show will play the danceable popular beats while the San Francisco Black Film Festival presents film clips of Barack Obama: The Man and His Journey. Food will be provided by several local chefs. Kevin Brown, host of the KBLX Morning Show, will emcee the evening's events.

Tickets and event information are available at www.inaugurationwest.com or by calling 415-771-9271. A portion of all proceeds will benefit local charities, including All Stars Helping Kids, Omega Boys Club, The Museum of the African Diaspora (MoAD) education programs and the San Francisco Black Film Festival's Urban Kidz youth program.

Inauguration West is presented by 102.9 FM KBLX (“The Quiet Storm”) in association with Ave Montague and Associates and VIPLineup.