Hol La! Frankie Steps Out on The Town in Dolce & Gabbana

I found this hawt spread of Keyshia Cole’s mama in a cute little Dolce and Gabbana get up posted up over at Crunk & Disorderly who gave all the credit to Freddy O. Hal La! 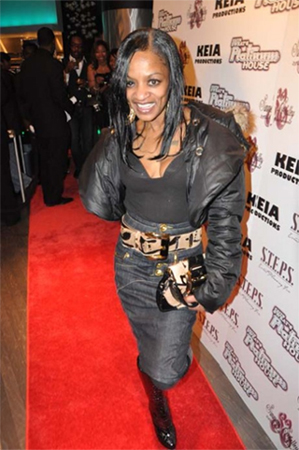 Last night, Ms. Frankie showed up to Keith Sweat’s premiere of his new show, ‘The Platinum House.’ She gave Freddyo.com the exclusive about everything that she had going on starting with the fact that she’ll be joining everybody else in the world by staring in her own reality show called “The Franky and Neffy Show,” set to air on BET next year (whew that alone was a lot to absorb).

She also has a book entitled ” 2 Sides of Every Story.” The book tells her story, beginning at an early age and reveals everything that she has been through since.

Being clean and sober for 3 years, it sounds as if Ms. Frankie may have gotten a little emotionally deep in conversation when Freddy O goes on to say that she spoke about how she had to hit rock bottom in 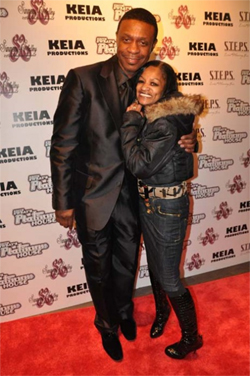 order to really understand that she was going to lose everything. One day she said to herself, “fu*k this Sh*t I’m done.” Despite the fact that everyone was always preaching to her about her drug use, she continued, admitting that quitting is something that you have to want to do for yourself and when she wanted to do it that is what she did.

As far as the Dolce and Gabbana boots, bag, and belt Keyshia bought them and Frankie had this to say: “My sh*t is real. I don’t play that fake sh*t…well at least not now!”

Apparently Ms. Frankie is doing big things and did I forget to add that SHE LOOKS MARVELOUS. It’s good to see that she’s taking care of herself. According to Freddy O, she recently purchased her own condo and also has a shoe and perfume line coming out called “Hal La!”

She also wants everyone to know that “If you paying, she’s there and for a small fee she’ll come slap the sh*t out of you.” Well, I don’t know all about that, but you definitely gotta love this lady for being a real character and very down to earth. Nothing fake about Keyshia Cole’s mama (not a thing.)