Hollywood Putting A Black Eye On The Celebrity Twitter Game 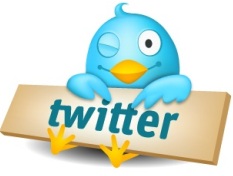 I personally don't follow many (if any) celebrities on twitter because doing so ruins the excitement for me.  But if you're one that does and you start to see a decline in the coming days or months, it's because Hollywood is seeking to end the madness with A-list celebrities giving up too much information via the use of twitter and other social networking sites.

According to entertainment news reports Cameron Diaz and Mike Myers are among the first celebrities to be affected by a new anti-social-media clause included in talent contracts from major studios.

At this point it's not really clear if execs are seeking an outright ban or if they're just trying to limit social networking use, and as it stands right now no one in the industry is talking due to confidentiality.