HOOKER SPECIAL: Free Get Out of Town Bus Tickets to Vegas 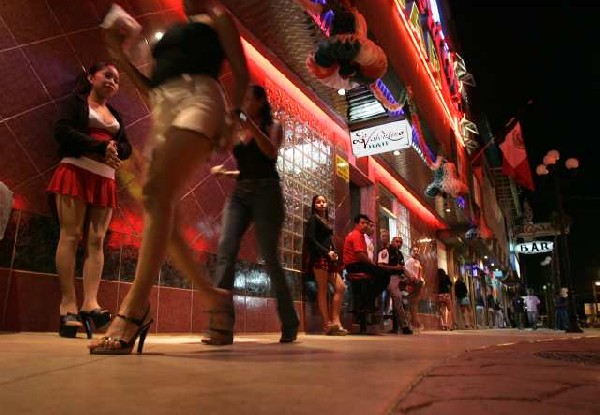 Does a hooker really need “free bus tickets?”  That's the question one might wonder.

Well… regardless weather they actually need them or not, bus tickets are being offered to any street hooker walking along a certain sidewalk in Georgia that qualifies.

Chip Johnson, owner of Otto Johnson Motors is offering to send prostitutes who walk along his street bus tickets to Las Vegas in hopes they'll stay.

It has been noted that while Johnson said the offer says Las Vegas, it's actually good for any place an arrested prostitute wants to go to so long as they promise to not come back.

“I've got people calling from Las Vegas asking me not to send them out there,” he said.

It seems that although prostitution is legal in Nevada, it is forbidden inside the city limits of Las Vegas.

Capt. Terry Wright, commander of the Glynn/Brunswick Narcotics Enforcement Team, said there are some prostitutes on Norwich Street and they tend to be out in the daytime when the Johnsons see them.

“We're not seeing any at night,” when the dealership is closed, Wright said.

The enforcement team, which also handles vice crimes, arrested some prostitutes a few months ago. Many of the ones arrested are back on the streets, having made bail or been released for some other reason, Wright said.

“Unfortunately, with the economy the way it is with people out of jobs and no place to live, you're going to have more of it,” he said.

Wright said many turn to prostitution to get money to feed drug habits.

In fact, some agencies have offered to come to Brunswick to try to rehabilitate the women, Jessie Johnson said.

Asked whether Otto Johnson Motors had bought any bus tickets yet, he said there had been only one request, from a woman who didn't qualify. “She'd never been arrested,” he said.