Growing up I was always told to be careful what you ask for because you just might get it. And although I never in all my days wished I were a white person, as the years went by, I found that saying to have some truth to it.

Luke Davis shares his personal story with the Daily Mail, how he wanted to be white so bad as a child that he prayed every night that God would grant his wishes — until one day surprisingly his skin started to gradually change colors.

Because Luke lived in an orphanage, it wasn’t until he was 11 that his mother came around and took him to a skin doctor where he was diagnosed with vitiligo, the disease that causes you to lose the pigmentation in your skin.

Luke Davis Then and Now 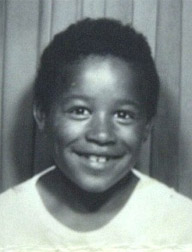 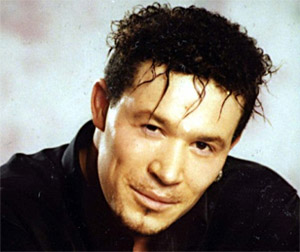 STAGES OF GOING FROM BLACK TO WHITE

“As a five-year-old, every night I would pray to God to make me white. I grew up in an orphanage filled with largely white children, where I was often ridiculed for my skin color.

‘Please God, lighten my skin and make me like everyone else,’ I would whisper before I went to sleep. It sounds like an impossible dream, but, for me, it came true.

When I was six, I noticed lighter patches appearing on my fingers. Within a month, the tips of my fingers were white.

At seven, my toes and groin had turned a blotchy white, and by eight the transformation was slowly pushing down my thighs. 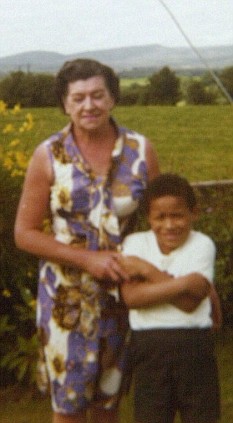 By the age of 15, I had white patches over my knees, and then the vitiligo started inching across my legs.

Even though I loved rugby and boxing – and had been told I had it in me to be a professional boxer – I gave up all sports because I couldn’t bear to be seen in shorts.

The older I got, the less convinced I was that I wanted to be white after all. I’d been introduced to my father’s siblings and it was through them and their stories about Nigeria that I learned what it meant to be black.

By the age of 17, the vitiligo had spread all over my legs, back, torso and arms, and people stared at me wherever I went.

By 35, my face – and the majority of my body – was completely white. And although I still considered myself black, for the first time strangers saw me as a white man.Today, at the age of 44, I am white. Were you to see me in the street, it wouldn’t cross your mind that I’m anything other than a typical middle-aged Caucasian man.The only reminder of the color I once was is a circular patch of dark skin just 1cm wide at the top of my back.

In many ways, despite society’s insistence that racism is a thing of the past, my life is better as a white man.” — read more