Ice-T took to Twitter to answer a question indirectly in reference to his wife Coco's small waist and oversized butt.

“A white guy just asked me seriously.. Why do brothers love women with big bootys.. I told him 'Because that's the IMPACT AREA,' he wrote. “Coco even told me that she was considered fat while she had a 23 inch waist.. I told here 'Don't worry baby, I appreciate that ass!'” 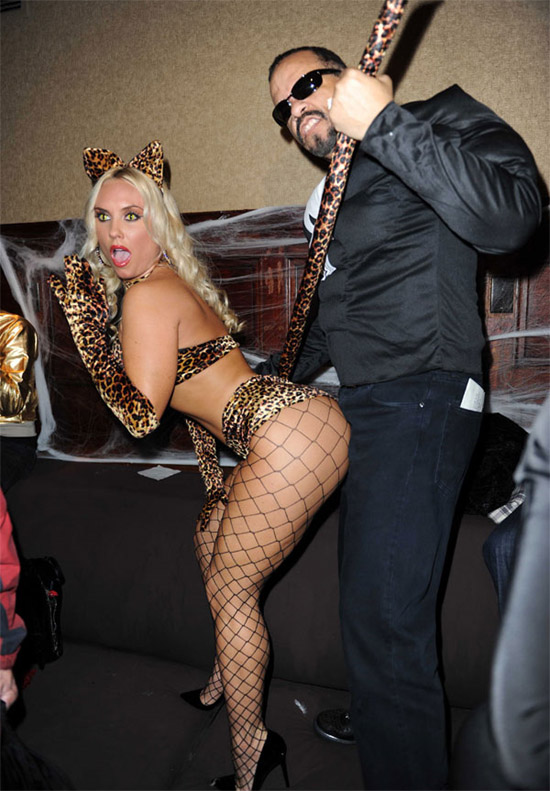 Coco, 31, has been dancing and modeling since she was a young teenager and wed Ice-T in 2005.

“My brain always told me… If she's too skinny.. She probably can't cook..” he continued.

Coco often tweets photos of her famous rear end. On Thursday she posted this photo of herself tap dancing in stilettos for 'Thong Thursday,' a weekly feature on her Twitter feed.

When questioned why black men often prefer fat white women, Ice T responded: “Brothers pretty much will f**k anything that moves.. I guess the bigger white women just tend to migrate toward the zone of appreciation..”