IMAN: “Michelle Obama Is No Great Beauty but Interesting” 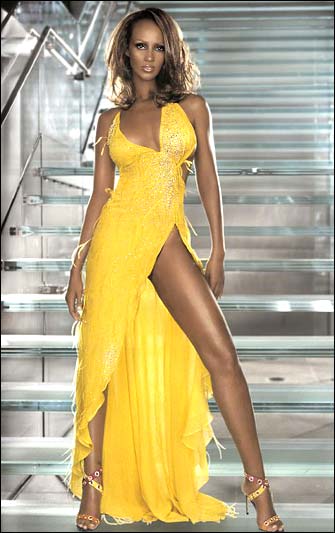 I'm kinda disappointed that IMAN would go so far as to talk down on Michelle Obama's looks in a recent interview.  It's even funny that many may even feel the same in regards to IMAN's looks appearing more interesting than “beautiful” being that she is Somali born and looks different than the average African American.

“Mrs. Obama is not a great beauty,” the Somali-born model and wife of rocker David Bowie tells Parade magazine's Sunday issue, reflecting on the first black US first lady, who is a lawyer by training and a former executive.

“But she is so interesting looking and so bright. That will always take you farther. When you're a great beauty, it's always downhill for you. If you're someone like Mrs. Obama, you just get better with age,” she said.

Iman, 53, also told Parade that her rise to catwalk super stardom did not free her from racism.

“You suddenly represent a whole race, and that race goes. Well, that person does not represent our ideals of beauty. For lack of a better term, it becomes what it was like during slavery,” she said.