Indonesian Muslim Leaders Seek Ban on Use of Creamy Crack 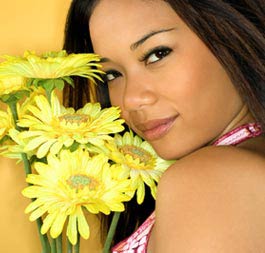 Chemical hair straightening, known in Indonesia as “rebonding” is causing quite a stir amongst Islamic leaders who seek to put an end to it on the grounds it causes moral danger.

Not because it's said to be damaging to the hair, but on the grounds of moral danger?

YES. According to Reuters, a group of clerics requested a fatwa banning women from rebonding, because it's allegedly a breach of Islamic law, “except for women who are married and have the permission of their husband.”

The clerics also asked for a fatwa banning dreadlocks, punk do's and all “funky hairstyles.”

Eryanti, 21, a Jakarta-based accountant who is Muslim and has had her hair straightened four times, said she had no intention of stopping.

“I like my hair to look this way and if I stop, it will go back to the way it was before,” said Eryanti. “It looks better and it is easier to brush.”

A spokeswoman from the Islamic women's rights group said women's hairstyle preferences could be the topic of discussion but were ultimately an individual choice.

“We don't need to proscribe everything as haram or not. Some injustices such as polygamy and female genital mutilation are more important than rebonding,” she said.