Is It True That Queen Latifah Wants Stronger Parts? 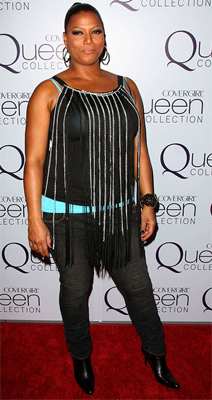 The actress, who played Mamma Morton in Chicago and stars as August in the Secret Life Of Bees, said she finds the lack of parts frustrating.

“There aren't enough roles and this invisibility is really starting to annoy me,” she said.

She continued: “You would think that there are no black actresses in Hollywood when you look at some of the women's magazines. Not that I want the paparazzi following me everywhere, but sometimes in the magazines, it seems that we don't even exist.”

She added that there is a great disparity in how different actors are treated: “I see actors who have barely made a movie getting so much attention and publicity, whereas black actresses are completely ignored, which in a way makes the world think that they can ignore us too. Some barriers have been broken but people still have antiquated kind of thinking sometimes.”