Is The NAACP Dillusional for Pulling The Race Card on Hallmark?

Today, a coalition of black women and civil rights groups including the NAACP, Mothers in Action, Brotherhood Crusade, the National Council of Negro Women and others held a press conference to demand an apology from Hallmark. The apology is for allegedly calling black women “black whores” in an animated graduation greeting card that Hallmark says has been on shelves for at-least 3 years without complaint. 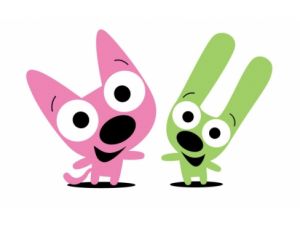 After personally listening to the card, I'm asking the question: where they hear “black whores” at? The characters clearly said “black holes,” and according to the theme of the card, they are referring to the solar system.

The card company says the card speaks about the power the grad will wield.

“The intent here is to say that this graduate is not afraid of anything,” explained Hallmark spokesman Steve Doyal.

However, that's not what some people want to believe. Minnie Hatley of the Los Angeles NAACP insists that the “r” is in there. “You hear the 'r' in there. 'Whores,' not, 'holes.' The 'r' is in there,” she said.

In a nutshell, the folks over at rollingout.com sum it up best: “This is an embarrassing and dangerous misstep by NAACP leadership, making black people in general look like fools. It is an affront to the likes of the legendary W.E.B. Du Bois, who co-founded this organization 101 years ago. And it makes it harder to be taken seriously when something really happens.”