Jay-Z Finally Bows Down to The President; Visits White House

A couple of weeks ago Jay-Z was feeling himself by stating that President Obama was a big fan of his music.  He also made the statement that he had been invited to the White House on a number of occasions, but due to his hectic schedule he's had to decline the offer each time.

Well, Jay-Z apparently realized that he's not that important. He quickly made some time to pay his respect to the president by stopping by the White House on Wednesday to take Mr. Obama up on his offer to give him a presidential tour (allegedly). Along for the ride were his wife Beyonce, Beyonce's mother Tina Knowles, and singer Trey Songs. 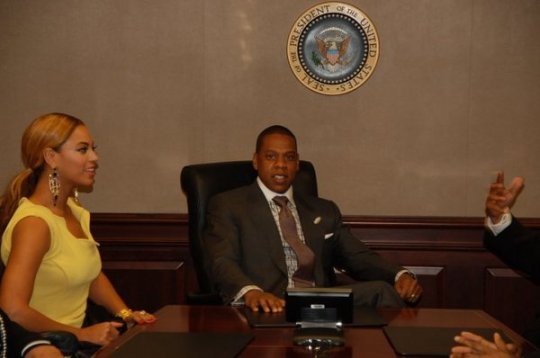 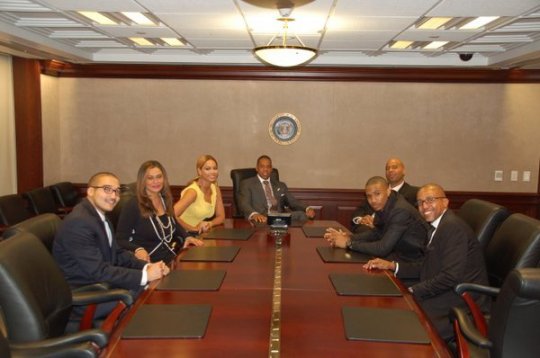