Jay Z Is Feeling Himself, Claims President Obama Is A #1 Fan

Rapper Jay Z is on a high, and insists that President Barack Obama is in fact a fan of hip hop despite what others may think about the President's clarifying views of rap music.

“Barack loves hip-hop,” Jay said. “When I called him he was playing The Blueprint in the gym.” 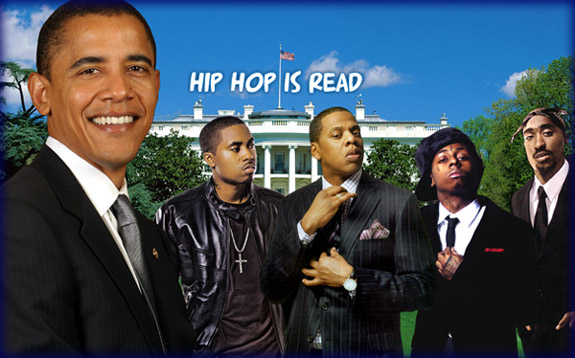 In an interview with Jonathan Ross on February 19, Jay-Z also revealed that the president has invited the rapper to the White House a number of times since Obama's inauguration.

“I've been invited to the White House a couple of times,” Hov told Ross, although he said he hasn't taken up the president on the offer just yet. “Hopefully we'll keep him in for eight years, so I'll have time to get there.”

Sounds like Jay Z needs to really get over himself, and go on ahead and pay his respect since he feels so welcome. If he had time to interview with Oprah, what's stopping him from paying a visit to Mr. Obama?