We know the justice system has failed us when an adult juvenile court counselor only gets probation for raping several teen girls, and his victims get harsh sentences for minor crimes. 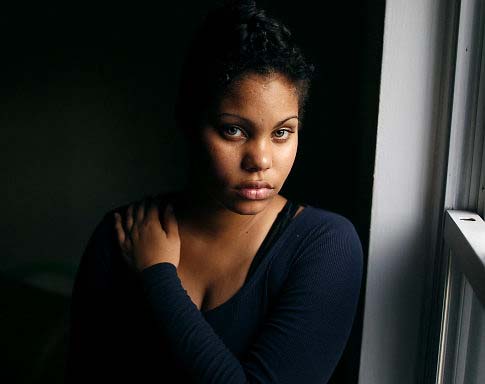 When 15-year-old Ashley showed up in Manhattan Family Court for sentencing on a minor charge, she had no idea what was about to occur, she told the NY Daily News.

A bulky juvenile counselor named Tony Simmons led her in handcuffs from the girls holding area to the basement, where the 42-year-old hulk pulled down her pants and raped her. When he was done, he pulled her pants back up and escorted her to the courtroom. He then raised an extended index finger to his lips insisting that she say nothing.

After being violated, Ashley was seated next to her mother and before the judge, where she was found to be a juvenile delinquent and sentenced to 12 months.

According to reports, Simmons continued to prey on teenagers in his custody until 2008, when a 15-year-old girl came forward to say he had sodomized her behind a locker in the girls holding area, which he stocked with condoms and cookies. Investigators believe the assaults go back a decade to the rape of a 13-year-old in the holding area.

On Sept. 27, Simmons appeared in court and pleaded guilty to raping Ashley and sexually assaulting two other teens. His punishment? Probation.