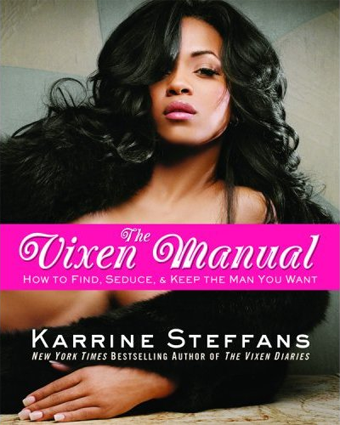 After reading an interesting review on Karrine Steffens “Vixen Manual” — it's crazy how one paragraph alone deterred me from wanting to read the book in it's entirety.

It's one thing reading a book that's fiction based, but the characters and the situations are so real that you can relate to it.  But, it's another thing when you read a book that fills your mind with a bunch of non-sense that's far from the truth.

I can't really make out if she's hating on chics with phat pussies because she doesn't have one?  Or if she actually believes that women with large labia's actually get like that from having too much sex (particularly with men with big d**ks.)

Either way, I think her thoughts about it are ridiculous and even moreso, hillarious.  She even goes as far as to show you a comparison between normal and abnormal labia. Too funny!