Katt Williams Takes His Show To Seattle: Jailed and Bailed for Battery

Comedian Katt Williams' drug addiction is getting the best of him. In just a months time, he has managed to display more bad behavior than than the law allows. While some of his actions may sound a little humorous, it's obvious the little man needs help. Hopefully he finds it, before he gets hurt. 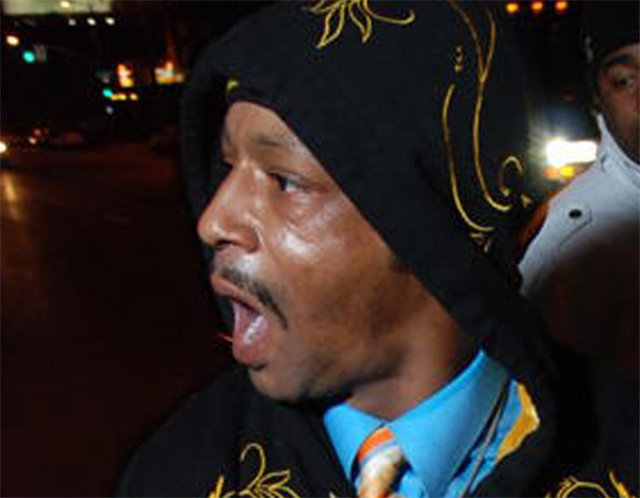 From MTV: A list of Williams' most recent occurrences to date

December 3: Back in the Slammer
Over the weekend, Katt was arrested following a bar fight in Seattle during which he allegedly threatened patrons with a pool cue. According to police via TMZ, Williams “brandished a pool cue at a bar manager and refused to leave the business” and later threw a cigarette at a woman as she got into her car and hit her in the eye. After being arrested, he was bailed out by none other than former Death Row honcho Suge Knight!

December 2: Holiday Shopping Fever
Maybe Katt just wasn't feeling Target's layaway plan? For some reason, Katt felt compelled to pimp slap a Target employee in Sacramento for no apparent reason and then use a motorized shopping cart as his getaway vehicle. No, we can't make this stuff up. Peep the video.

November 27: Tricycle Mayhem
Katt drove his three-wheeled motorcycle (er, tricycle) on the sidewalk in Sacramento and when police asked him to pull over, he sped away causing a chase to ensue. According to TMZ, “Williams took his helmet off and yelled back at the cops, saying, 'I'm not going to stop!'”

November 16: Break, Break Down
At the Oracle Arena in California, Katt took the stage ending with total public meltdown. Witnesses claimed he was “sweating profusely while spewing out a rambling set of monologues.” Kat was later escorted off stage and to make matters worse, the next comedian poked “This is what happens when you get your dope in Oakland, CA!”
Fans of Katt weren't laughing at his comedic breakdown during which he allegedly “confronted a heckler, took his clothes off, and attempted to fight at least three audience members”. Some unhappy ticket buyers launched a lawsuit later in the month against the funny man. Now who's laughing?

November 9: Sue Me!
It's so hard to find good help these days. Katt Williams' former assistant, Melissa Ishage, claimed that he went into a rage and attacked her on October 6. Melissa said she even went to the hospital following the altercation and wants a cool $5 million as recompense.

October 21: “Bald Faced Rat”
Katt was not too happy when he was arrested after brandishing a gun at actor Faizon Love (See below). The comedian went on a verbal rant against Love, insinuating that he snitched and called the police. “You saying he's a snitch? You saying he's a bald-faced rat and told you street business?…He weighs 450 lbs! I weigh 140!”

October 19: What's Beef With Faizon Love?
Even comedians have beef. Katt Williams and actor Faizon Love got into a heated argument outside of a Hollywood club over a $50,000 debt that Katt apparently owed Love. Katt pulled out a gun on Love… that wasn’t loaded. Love told TMZ, ““I am just extremely upset that his punk ass would pull a gun out on me and even play with me like that,” and added, “He better chill his ass out.” This wasn't Katt's first gun snafu. In 2006, he was arrested while trying to carry a gun through LAX airport.