Kelis has been compared to Rihanna and Lady Gaga on more than one occasion when it comes to her style, and quite frankly I can't see why. Other than being bold, the three have absolutely nothing in common. When questioned by Rap Up Magazine on whether or not she heard any of the accusations of her steeling other people's style or visa versa, Kelis had this to say:

“This is not the first time an artist has been accused of swagger jacking…. I’ve been around for a long time and that’s what artists do; we take from each other and we recycle…. And quite frankly, it may not even be them. It might be stylists that have been around as long as I have and are like, ‘Hey, let’s recycle this on these younger artists.’”

“I’m not offended by it. I don’t really have much feeling about it, honestly. It just keeps me on my toes and allows me to continue moving forward, so it’s cool. I really don’t see it as a bad thing. I guess it means I’m on the right track.” 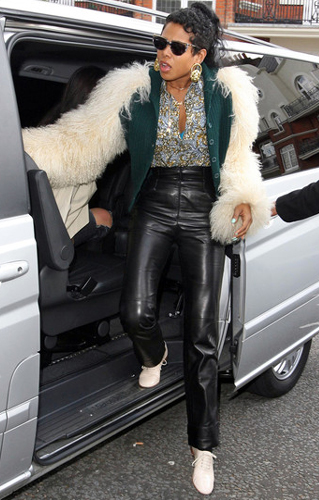 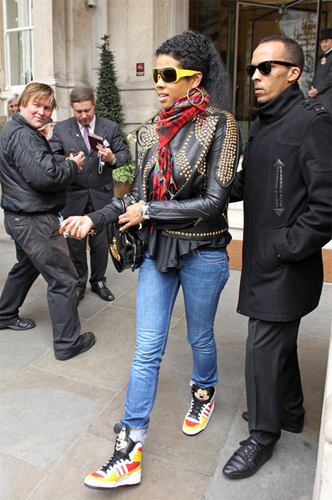 Kelis' style is very retro and punk (she keeps it that way), and while Rihanna's style is sometimes punk, she's more into off-the-runway looks. Then there's the unexplained Lada Gaga who's looks will literally kill you.