Kimora Lee Simmons was more than excited to be headed to South Africa to experience the 2010 World Cup, as well as make a live appearance at her brand new Baby Phat store located in Canal Walk, Cape Town.

She tweeted last month, “South Africa, Here We Come…,” but apparently Kimora had no idea what she was in for.

According to reports, on Tuesday, June 22, thousands of fans scrambled to get a glimpse of the former supermodel and her husband Djimon Housou at the new store location.

It’s said that fans became angry when after waiting patiently for 6 hours, Kimora still had not arrived. It was at that time a near-chaotic scene outside the trendy store began to take place.

“I do apologize for this…. Unfortunately no one could have anticipated this crowd, which resulted in chaos as everyone tried to push forward to see Kimora. Many wonderful people that were first in line (including the media) were pushed back in the chaos that ensued,” Foster said.

“She (Simmons) would have got there much sooner but her car was mobbed in the street by fans. When she got to the mall her security team and the mall’s security had to ensure her safety before they brought her down. (read more).

On the set of his upcoming film, “The Tempest.” 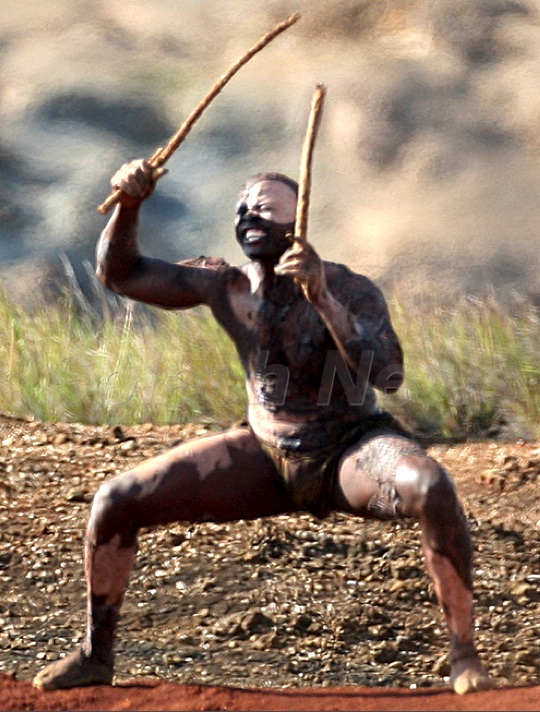