When Kimora Lee Simmons debuted her Fabulosity ad campaign she received much critisism for appearing a lot smaller than her normal size. Apparently the backlash had no effect on her, or the people who talked her into portraying herself that way, because Ms. Simmons went even further this time around with her new “Dare Me” perfume ad.

According to several sources, Kimora and her team paid an anonymous model to use her body with Kimora’s head attached to it. o_o

If you asked me if I understood the concept of using size 2 women for perfume ads, the answer would be – absolutely not. One would probably answer the question with the question: Do skinny women sell more perfume? 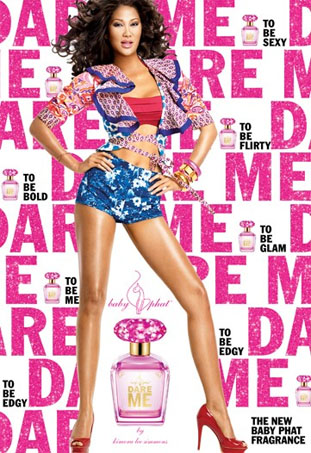 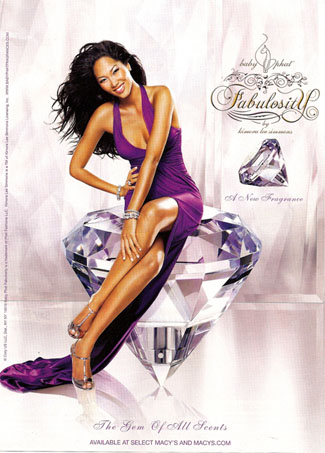 On a side note, Kimora’s Dare Me perfume is said to be sold cheap. Instead of beginning with prestige distribution like her past fragrances, Dare Me will go straight to a total of 18,000 mass-market doors, like Walgreens, Target, and Kohl’s stores with a price range from $12 for a travel-size bottle to $28 for a full ounce.
[mashshare]
Comments
Facebook 3.6KFans
Twitter 0Followers
Youtube 1.5KSubscriber
Menu Title