Can you imagine if you shared the same features as Saddam Hussein or his son Uday, what your life would be like? It would certainly be a lot more dangerous than what Kim Kardashian's look-a-like is currently experiencing with Target; instead, imagine yourself being a target of deadly revenge through mistaken identity. 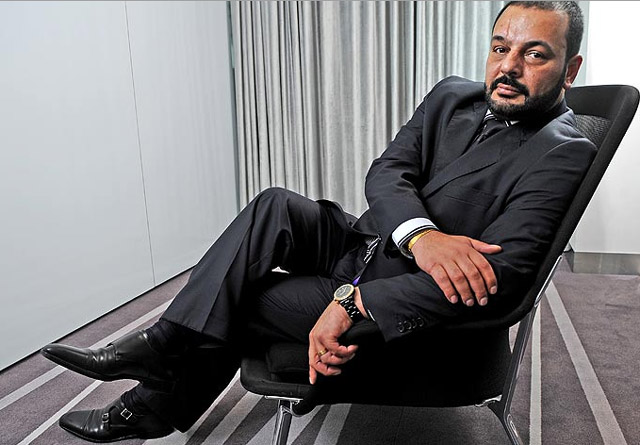 Latif Yahia had the misfortune of being that target. He was forced to be a body double for Uday Hussein. The Iraqi has survived a dozen assassination attempts, and his body has the marks left by 26 bullet wounds, but he lives to tell his story in the upcoming film, “The Devil's Double.”

“The Devil's Double” is a vicious, unrelenting look at the cruel world of Uday Hussein, a man considered even more sadistic than his mass-murdering father, with Captain America and Mamma Mia! star Dominic Cooper putting in a remarkable performance as both Latif and Uday.

Although the film is based on a true story, only 20 percent of it was reality, said Latif in an exclusive interview with The Sun. “It is a scary movie but there was worse.” For example: “He (Uday) would take a drill and drill into the head. He would take out the eyes with a spoon. The rape was very bad for me to see, especially if the woman was pregnant.”

Latif admits that in some instances life was good, but not worth it. “OK, I lived in the palaces, I had the best clothes, the best of everything, but I couldn't get out and couldn't have a life. I tried to slit my wrists after Uday asked me to shoot somebody – the father of a schoolgirl he had raped. I wouldn't do it.” (continue for more)