Lil Kim and her cousin, Katrise Jones, held the grand opening for the latest edition to their “recession proof” Salon Se Swa chain of salons in North Carolina earlier this week. In attendance for the ribbon cutting was actress Meagan Good, who also has a lot to celebrate with her new partner in fashion, Lil Kim. 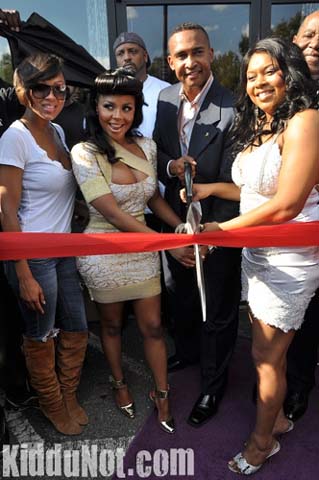 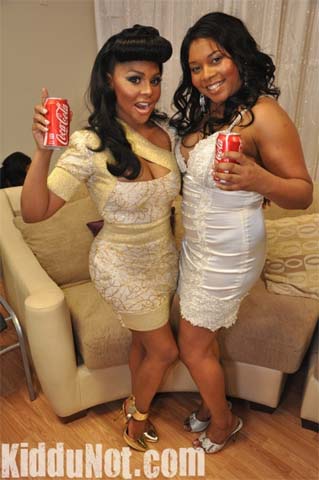 Lil Kim and Meagan Good are said to have joined forces for a new high fashion clothing line, “24/7 Star: Goddess Collection.” The two are shown below wearing pieces from the collection which was presented during 2010 Charlotte, NC Fashion Week. 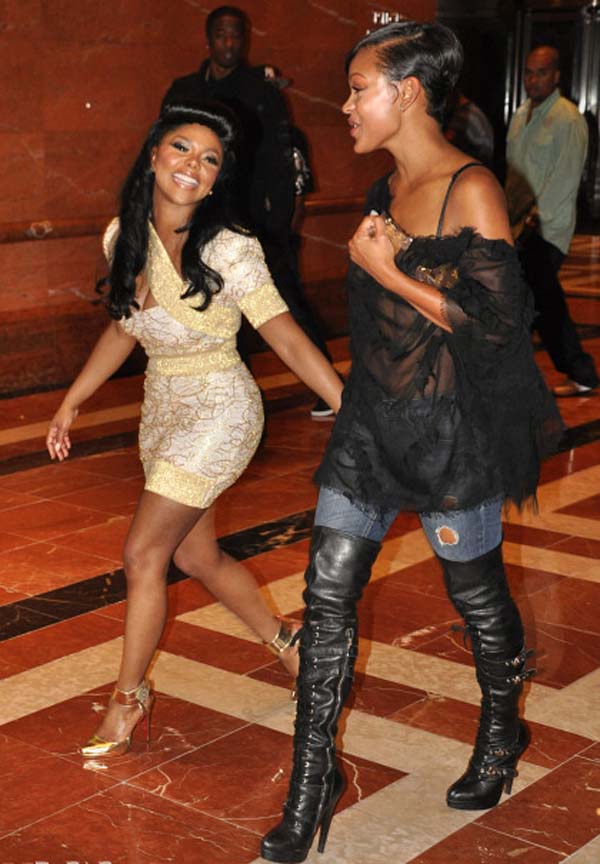 The gold shoes were custom designed especially for Lil Kim and her new Goddess Collection by designer Cesare Paciotti, Lil Kim revealed during an interview with ELTV. “So, you see, I got support from all of my friend designers in the industry. I’m really blessed, and I’m thankful,” she said.