Madonna Gets Armoured Up In Givenchy for Super Bowl Half Time

Madonna’s Super Bowl XLVI half time performance is all the talk this evening. Some hated it, and some said it was the best they’ve ever seen. I happen to think it was pretty original, but nothing to get thoroughly excited about. What did stand out, was the cartwheels she was doing in 6 inch heels at 53-years-old, and the theme she chose, which screamed Egyptian love. 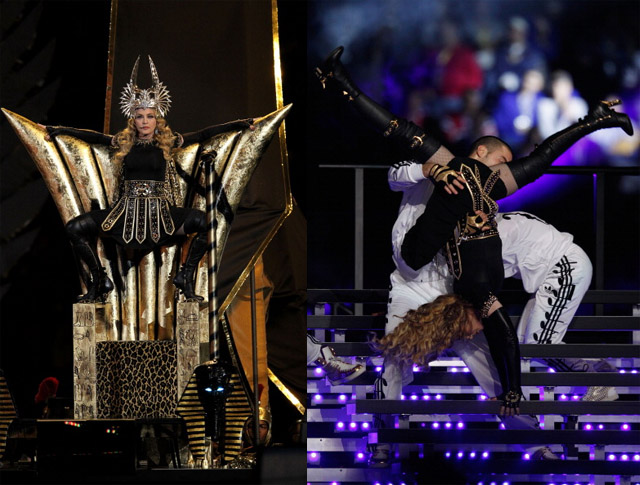 Dressed down in red, black, and gold, Madonna and her team cheered on in leather skirts, belted accessories, and thigh-high boots. Madonna herself opted for a Givenchy couture ensemble, Bulgari jewels and a custom Philip Treacy headpiece. Both M.I.A. and Nicki Minaj sported headpieces by Erickson Beamon. 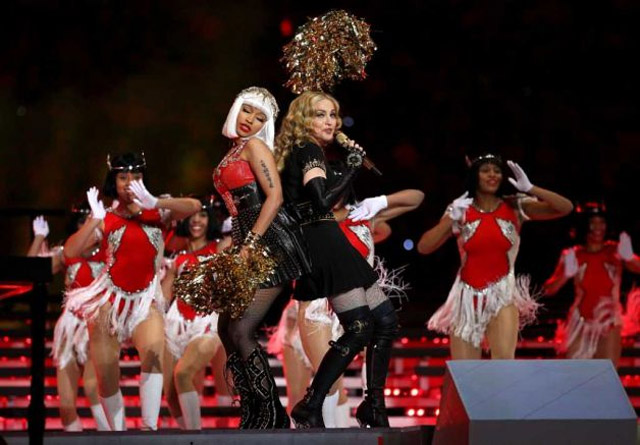 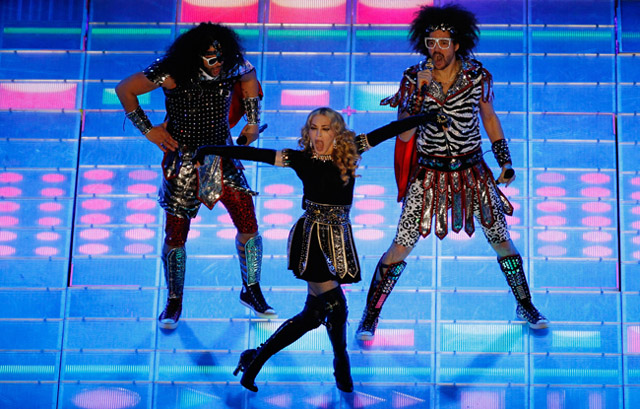 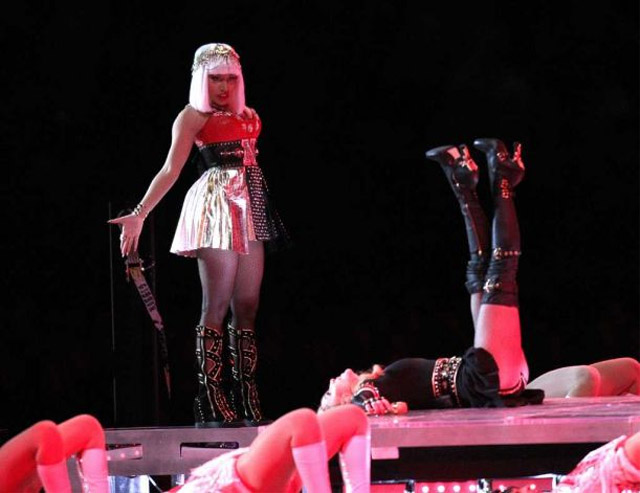 No questions about it, the looks were exotic. And, in case you missed it, you can be the judge for yourself on how well they all did by checking out the performance below.