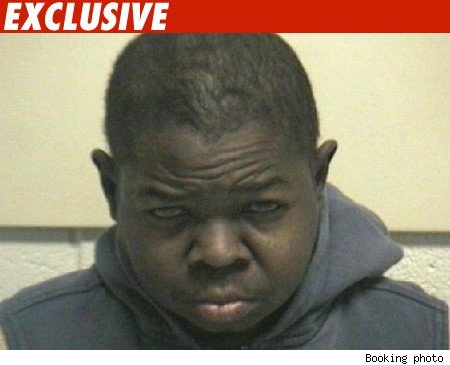 I use to believe it was true that men with mandingo d**ks were all violent, that is until I learned otherwise. Now, I believe it's just the majority of them.

And if it's true what they say about Gary Coleman and his joy stick being more than one woman can handle, I think it would be safe to say… that's the reason he keeps showing up in the news for domestic violence between him and his significant other. That thang is driving her crazy, and he as well.

According to TMZ, former Diff'rent Strokes star Gary Coleman and his handsome manhood was arrested in Utah today accused of domestic assault.

He was picked up because of a warrant stemming from a prior incident and was being held on $1,725 bail.

The victim's name has not been released.