Hugh Hefner seems to be having a lot of fun over there at the Playboy Mansion conjuring up crazy ideas. Not too long ago he teased via his twitter that Marge Simpson would be the next nude model to appear on the cover of Playboy, and as it turns out he wasn’t joking.

Marge Simpson is scheduled to appear on the cover of Playboy’s November issue in honor of The Simpsons 20th anniversary. She strips down to lingerie for a three-page pictorial inside the magazine, complete with an interview and data sheet.

What’s more interesting is that Marge has the same exact pose as Darine Stern, the first black model to ever appear on the cover of Playboy magazine. And as you may or may not be aware, The Simpsons had an African makeover for their 20th anniversary and aired an episode with the family appearing as real Angolans for the first time ever on Africa’s digital satelite television.

I can’t imagine what Marge’s inside Playboy photo shoot and interview will be like, but it should be pretty crazy. 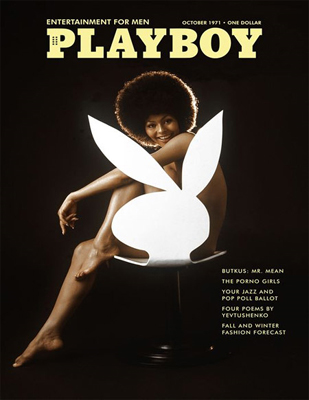 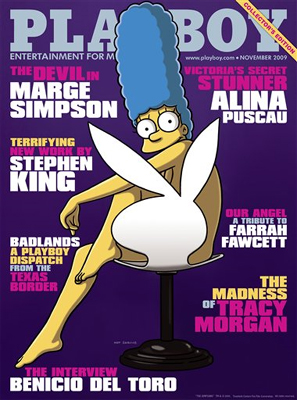