Steve Madden is the man. Not only does he have budget fashionistas rocking top designer inspired shoes, he has top music artists rocking the mic, year after year.

Melanie Fiona took to the stage to perform during the Steve Madden Music Summer Concert Series 2011, held at Le Bain on July 25, 2011 in New York City. She opted for a simple, natural and relaxed look, which consisted of psychedelic print leggings, paired with a white blouse, beneath a black leather jacket. To make everything official, Fiona completed her look with Rosario Steve Madden platforms. 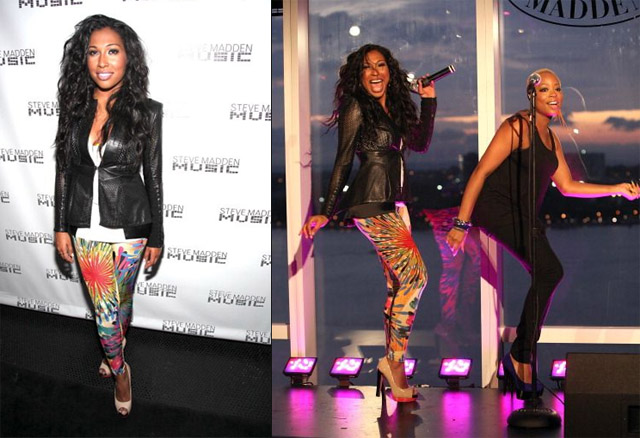