Michael Jackson on How NOT to Catch Swine Flu 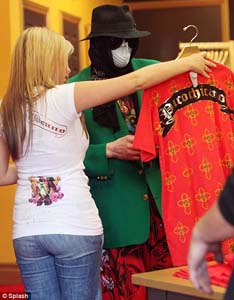 North of the border, in the US, doctors were advising people worried about the illness to buy painters’ masks from DIY stores as a precautionary measure. Authorities across the globe were torn between the imperative of slowing the spread of a potential flu pandemic and the need to avoid bringing every big city to a grinding halt.

Hundreds of public events were called off to prevent the spread of the virus in crowds. Zoos and schools have been closed, visits to juvenile correction centres suspended and restaurants were virtually empty.

In lou of his 50-night comeback tour at London's O2 arena this summer, Michael Jackson appeared to be taking the advise seriously as he was spotted taking three children that THEY SAY are his on a shopping spree.

He hasn't performed on stage since 2006, when he appeared at the World Music Awards. But his sell-out “This Is It Tour” at the O2 begins on July 8 and will run until February 24 next year.

AND BY ALL MEANS NECESSARY THE SHOW MUST GO ON 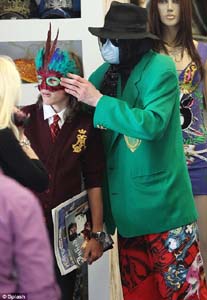 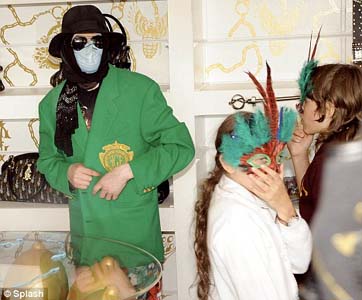