Michael Jackson Said To Be Suffering From A Skin Eating Infection 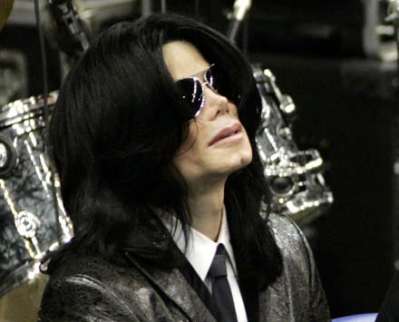 Not sure how true it is (probably just another publicity stunt), however, according to The Sun, Michael Jackson is suffering from a skin eating infection which has spread through his body.

A source told The Sun: “Michael Jackson has a severe staph infection that he contracted during work to reconstruct his nose.”

“The disease is an MRSA-style infection because it is resistant to conventional antibiotics, so he has been visiting a clinic to get antibiotics via an IV drip.”

“The infection has spread throughout his face and body and is being aggressively treated by doctors.”

“There’s a chance it could turn into a flesh-eating disorder where it begins to kill off his skin so he’s being very carefully monitored.”

He has recently been pictured wearing dark glasses, a surgical hat and mask.

However, the usually-pale skin on his hands and face appeared visibly inflamed with red and purple blotches and he seemed to have a severely swollen cheek.

American cosmetic surgeon Dr Anthony Youn, who has not treated Jackson, said: “It is possible that Mr Jackson has a staph infection or MRSA.

“This is called a ’superinfection’ because it is resistant to conventional antibiotics. It does look like his skin is red and inflamed and has become infected.”

“Staph infection or MRSA is extremely worrying because it is an aggressive infection that is resistant to most conventional antibiotics.”

“In some worse cases surgeons will have to remove the infected tissue if it dies – leaving the patient needing major reconstructive surgery. It is particularly worrying if it is on the face.”

Dr. Youn said the star could have contracted the infection after surgery on his nose.

He said: “Many people in the health-care system can contract this disease via cuts to the skin.”

“But it is possible Mr Jackson contracted it through surgery on his nose. There are occasions where patients contract the infection during plastic surgery procedures.”

However, Jackson’s spokesman dismissed this as a “total fabrication”.

He added: “Mr Jackson is in fine health, and finalizing negotiations with a major entertainment company and television network for both a world tour and a series of specials and appearances.”

The spokesman was not available for comment on Wednesday night.

Most MRSA infections occur in hospitals or other health care settings, such as nursing homes and dialysis centers. It's known as health care-associated MRSA, or HA-MRSA. Older adults and people with weakened immune systems are at most risk of HA-MRSA. More recently, another type of MRSA has occurred among otherwise healthy people in the wider community. This form, community-associated MRSA, or CA-MRSA, is responsible for serious skin and soft tissue infections and for a serious form of pneumonia. To learn more about MRSA visit: cdc.gov

Thriller legend Michael has been increasingly frail recently but his management still claim he is currently preparing for a world tour.

Jacko has long been working on a new album and has already recorded with Will.I.Am and Ne-Yo.